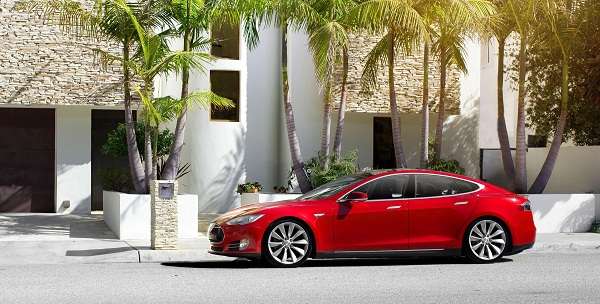 The California Air Resources Board is to be commended for encouraging EV sales with substantial rebates. Now in debt, however, CARB is debating removing the state rebate for electric vehicles with a price tag above $60,000.
Advertisement

California boasts easily the most electric vehicles of any state in the country. The California Air Resources Board (CARB) has been influential in driving innovations in EV technology by requiring automakers to sell a certain number of zero-emission vehicles in the state with its ZEV program, and its Clean Vehicle Rebate Project has distributed over $100 million through January 14 to over 50,000 buyers of electric vehicles. The program offers a $2,500 rebate for pure electric vehicles and $1,500 for plug-in hybrids.

The ARB may have been too generous, however; it now finds itself $30 million in debt. Pressed for cash, the Board is playing with various ideas to improve its financial footing. According to Capitol Weekly, one proposal put forth by the staff would eliminate the rebate for vehicles with a MSRP above $60,000. You can read the proposal here starting on page 20.

The rationale behind this idea is that the rebate is far more important to stimulating sales of lower-priced electric vehicles; cutting the rebate for only the most expensive models will affect a far smaller portion of the market. Also, one hypothesizes that buyers of $60,000 cars do not really need a $2,500 rebate. Or at least, they don’t need that rebate quite as much as someone who can barely afford a LEAF. Surely this line of thought has occurred to CARB as well.

The high-end portion of the market that would be affected essentially includes only the Cadillac ELR, which is not expected to sell in significant volumes, and Tesla’s Model S. Tesla, obviously, is not happy. The company claims removing the rebate would jeopardize 2,500 sales in the state annually.

The most likely alternative to eliminating the credit altogether for $60,000+ models, which for all intents and purposes are the Tesla Model S and upcoming Model X, would reduce the rebate for all electric vehicles by an equal amount. The number suggested by CARB has been $500, which would put the rebates at $2,000 and $1,500. This would be fair to all automakers, but also could be less effective at encouraging widespread sales.

In short, the proposal to cut Tesla vehicles from the rebate program is both logical and unfair. It is logical because the rebates should go where they will have the greatest impact on the purchasing decision and where they are most needed, and they are not most needed in the luxury performance car segment. It is unfair because it effectively singles out one automaker which happens to be one of the most influential players in the electric vehicle industry, not to mention one that calls California its home.

Whether Tesla’s sales would actually be hurt as much as they project may be unlikely, but it would be a shame if they bore the brunt of CARB’s funding shortcomings. One intriguing suggestion posed on a Tesla forum is to eliminate the rebate for so-called “compliance” vehicles built half-heartedly by reluctant manufacturers like Honda and Fiat-Chrysler.

Obviously, the best case scenario would be a continuation of the program as is with funding provided from a variety of outside sources. It cannot be sustained for long, however; as EV sales continue to grow, CARB projects the need for an additional $130 to $200 million for rebates in 2014 and 2015.

Perhaps California could raise taxes on gasoline to provide the necessary funds for the Clean Vehicle Rebate Program. That would certainly encourage electric vehicle sales...

BJ wrote on April 18, 2014 - 7:00pm Permalink
This is very poor policy and simply discriminates against Tesla buyers. All EVs are predominately bought by wealthy people. The Nissan LEAF's primary market is house owners with a two-car garage who wants a BEV as a second car - an average LEAF owner is just as well-off as an average Tesla buyer.
TurboSix wrote on April 18, 2014 - 7:30pm Permalink
If you need an incentive to purchase an EV in the first place, you probably shouldn't be buying an EV. My guess is that wealthy Tesla buyers won't be swayed one way or the other. They should get rid of any government handouts for EV's to begin with. They should also close the tax loophole that allows EV's to use our roads tax free. An electric meter should be installed on all chargers and every kilowatt hour used to charge the batteries be taxed to help maintain our "crumbling infrastructure".
Charlotte Omoto wrote on April 19, 2014 - 6:49pm Permalink
There seems to be an unshakable believe that Tesla owners are wealthy, despite the fact that the highest % of previously owned car is a Prius. I am a Model S owner whose previous 2 vehicles were Priuses. Until I purchased a Tesla, I had not spent 1/3 of the price of Model S on any previous vehicles. I don't think I'm alone. Incentives are designed for public policy purposes, in this case to reduce carbon emissions and auto pollution. For me, the price was the biggest deterrent, so having the $7,500 tax credit, plus no sales tax in WA state helped (along with no maintenance costs and cheaper fuel costs). I will soon be installing solar panels so I will be contributing kilowatt hours that I don't use to charge my Model S.