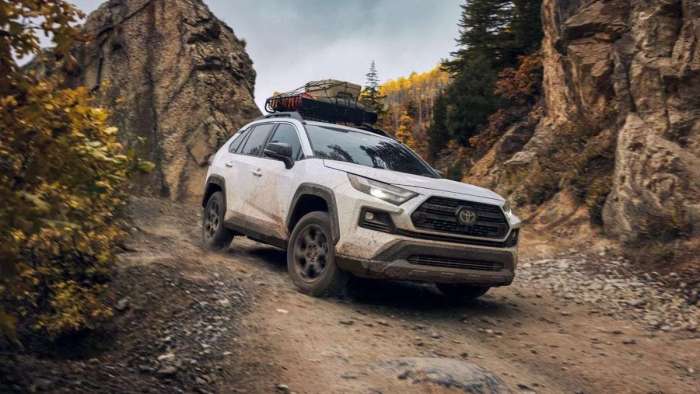 Thinking you need to break in your 2022 Toyota RAV4 Hybrid before driving a long distance? Think again because this isn’t a sports car.
Advertisement

After buying a brand-new Toyota RAV4 Hybrid, you plan to take a long-distance road-trip. However, with this being a sophisticated hodgepodge of wires computers and precision engineering, you wonder to yourself, “Should I really drive this think 1000miles at once?” You may think that doesn’t even exist but it’s true. A lot of different cars require a break in period before you can really push the limits.

Most of the time, this applies to sports and super cars which require gentle driving until around 600 miles like the new Ford GT. After that you can push it to the limits and not have a worry. Most of the time cars need a break in period before their first oil change so that they can really refine the engine to meet your driving habits and so it can learn how you drive. 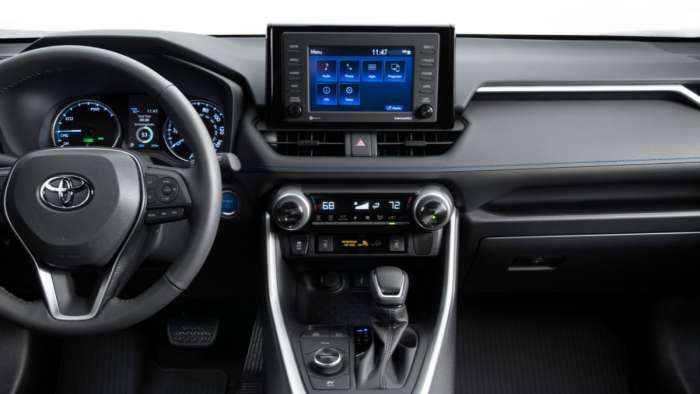 Now you may think, “Why would someone ask that about the RAV4 Hybrid?” It’s not like it’s a sports car, right? Well, here’s the confusing part. Lately Toyota has been pushing later and later oil changes. For the Tundra and Tacoma, dealers push for a 10k mile wait until the first oil change. Many have said that they use new oil, but I think that’s just a disguise for a break in period that they want you to use.

So far, no one has really said that a dealer pressured them into getting their first oil change at 10k miles but I think as soon as Toyota sees that this works, they too will start using the same methods for their other vehicles like the RAV4 Hybrid.

On Facebook’s Toyota RAV4 Hybrid group Raeann wrote, “question. I have a family emergency. Need to drive over 1000miles highway. Is it ok or does it need a break in period?” Interestingly enough, this question seemed to be on the low in other forums as more people asked the same thing.

Victor Lazaro said, “Victor Lazaro said, “No break in time. Construction tolerances are high enough that it’s not needed anymore. Plus, hybrid system is less reliant on gas engine, so you’ll be fine.” I don’t remember my Prius ever having a break in period or something similar.

I think as long as you keep and eye on your battery and not floor it for 500 miles, you’ll be perfectly fine. Most people end up just thrashing their Toyotas around anyway since they are so reliable. Just remember to now use cruise control for the entire ride because you will need to accelerate a few times to keep your engine healthy.

Winthrop Bissell wrote on August 17, 2022 - 11:34am Permalink
I have a new 2022 Rav4 Hybrid. It is a nice drive, but I am experiencing the same fuel system problems that many Rav4 Hybrid owners have experienced over the last 4 years. Fuel tank very difficult to fill to full and a fuel gauge that doesn't drop much below the 3/4 full mark even when driven 400+ miles after last painfully slow fill up. And now Toyota had to recall all of the new electric SUV vehicles because the wheels might fall off and Toyota doesn't have a solution. If Toyota can't engineer the most basic parts of a car to work properly, then Toyota has a major issue in its design/engineering department. With better quality competition such as the Tuscon Hybrid, Toyota is in danger of losing big time to the Koreans.
John M. wrote on August 17, 2022 - 11:52am Permalink
Hey Harutiun, Re-read your headline: You Don’t Need to Beak-In Your 2022 Toyota RAV4 Hybrid and Here’s Why I think TorqueNews needs a better spell checker!!!
Joel wrote on August 17, 2022 - 1:20pm Permalink
Harutiun--I think you meant to say in the last paragraph "Just remember to not use cruise control the entire time . . . " instead of "now". Just a FYI.

Tesla Contemplates A New Strategy for China Retail even As Sales Boom
Jay Leno on Elon Musk & EVs: “I Think He Should Get ... Credit"
END_OF_DOCUMENT_TOKEN_TO_BE_REPLACED