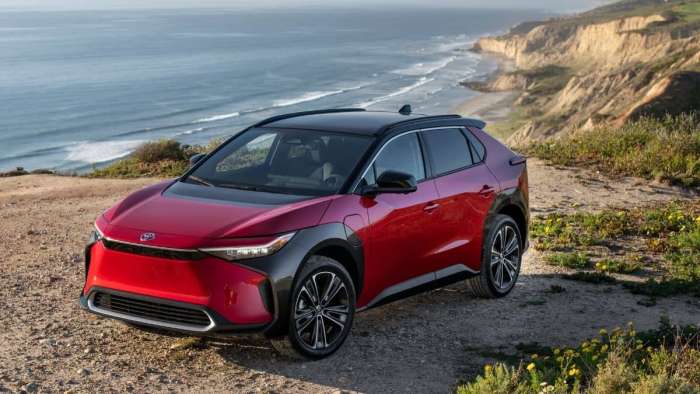 2023 Toyota bZ4X Could Be a Great Light Off-Roader

As of today, most of us have probably seen the new 2023 Toyota bZ4X press release and some of us have probably rushed to our local dealership to order one. With more and more cars either going EV or new models coming out, what is the future of off-roading? We look at some off-roading legends like the Ford Bronco, Jeep Wrangler, and the Toyota 4Runner and none of them are electric. Will we ever see any car or SUV known for off-roading to go EV? Yes, we will…and it’s the 2023 Toyota bZ4X.

Now you may be asking, “how can a family SUV made for comfort and driving be used as an offroad vehicle?” The answer lies within its very drive train. According to Toyota, the 2023 bZ4X will come with Toyota’s new AWD system paired with X-MODE which helps the bZ4X not slide around on slippery surfaces. And we all know AWD is preferred when off-roading. Especially in the mud.

The South Carolinian clay didn’t do us any good when we went off-roading in the new 2022 Ford Bronco. However, thanks to the Bronco’s 4x4 capabilities, we conquered the red volcanic clay and had a good time. While I don’t recommend taking your bZ4X mud bogging or heavy off-roading, especially if it's stock, I do think it is interesting that Toyota would mention the fact that the bZ4X "offers the off-roading performance you would expect from capable SUV." 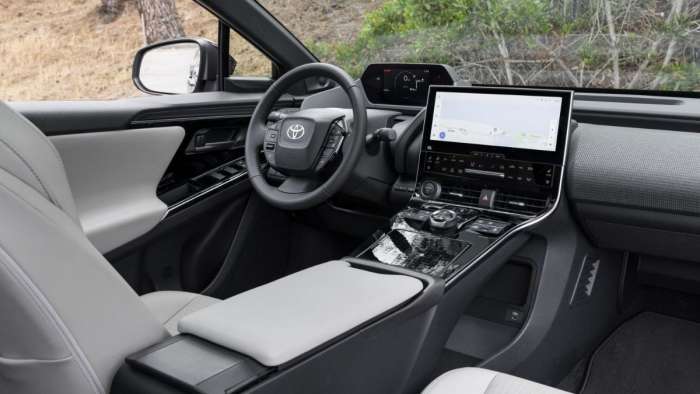 The 2023 bZ4X is built on Toyota’s all-new e-TNGA platform which Toyota is sharing with Subaru for its Solterra. The battery pack is floor mounted which gives the car a lower center of gravity meaning you can take sharp turns without having to slow down. If you pair that with some sticky tires, you got yourself a nice track machine. Toyota also cross ridges its batteries giving the 2023 bZ4X more rigidity.

Just like any EV, you get all your torque on the first RPM so if you step on it be prepared to feel some G’s. You may be asking if all this wear and tear will affect the battery. The answer is yes however Toyota says that the battery will retain 90% of its life after just 10 years of ownership which Toyota has shown with their older Prius models. My 2012 Toyota Prius doesn’t reach full hybrid battery charge but after almost 10 years of owning it, it has decreased by one bar.

Personally, I would not take the bZ4X anywhere near a track. If you want a performing EV SUV for the same price, get the Mustang Mach-E. It is based on performance handling, and it can definitely handle light off-roading like gravel roads or light mud. While I understand that Toyota is trying to reach out to more people by making the bZ4X seem like it can do anything, it becomes a niche-less car. The Prius was meant to save people gas money and not rip the track, The Sequoia was meant to be a big family hauler, not climb dirt hills.

So, in terms of 2023 bZ4X’s off-roading capabilities, can it handle what Jeeps and Broncos can do? Probably not, but it will handle the dirt road next to your neighborhood.

What do you think? Would the 2023 Toyota bZ4X handle light off-roading? Would you take your 2023 bZ4X off-roading? Let us know in the comments section below.