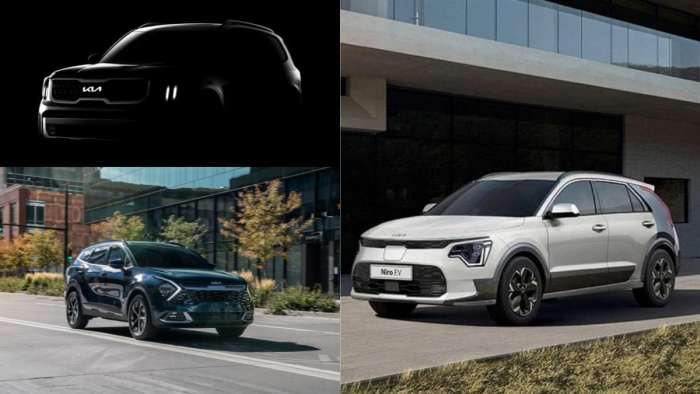 First, Kia announced their debut of the 2023 Kia Niro, which will be introduced to the North American market at the New York International Auto Show next week. Though the Niro is more aptly called a crossover than an SUV (Kia calls it a CUV afterall), it is styled like an SUV. Should Kia decide to include AWD as an option for the 2023 Niro however, it may encourage a more spirited debate. Regardless, the new Niro is certainly worth getting a little excited about if you are a fan of the car or are just interested in plug-in vehicles and or hybrids since the new Niro will be more efficient and include more ecologically sound materials (made from things like recycled wallpaper, other recycled fibers and vegan leather seats containing Tencel from Eucalyptus trees). The new Niro is also a little larger, more aerodynamic, and has a suite of new safety features incorporated into an entirely refreshed, futuristic looking cabin. All of this adds up to a very appealing compact utility vehicle and it even has a tow rating of 750kg - 1300kg, depending on the powertrain with the PHEV and HEV versions getting the higher rating. Pricing for the new Niro models should also be similar to the outgoing 2022 models, so that is one more small reason to be excited given the significant upgrades in design, and in the case of the PHEV at least, larger battery. 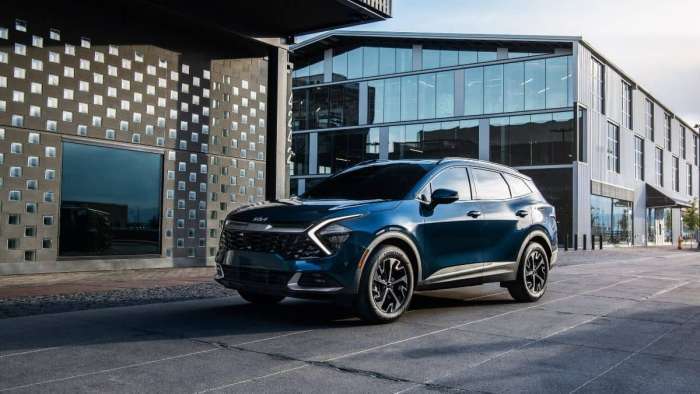 Second, the Sportage HEV pricing has been announced for the North American market and people looking for a more affordably priced, fuel efficient hybrid compact SUV should take notice. The 2023 Sportage hybrid will start at $27,290 (in FWD trim, add $1,800 for AWD), is expected to be rated for 39mpg, have a range of more than 500 miles per tank, and will have best in class rear legroom and cargo space, and should be available at dealers later this spring. Its pricing will make it one of the most affordable, highest mpg compact SUVs on the market, something that should stoke demand in this age of highest ever gasoline prices. Also of note, later this year Kia is also expected to bring a plug-in hybrid (PHEV) version of the 2023 Sportage to the North American market too. If you’re interested in any of these forthcoming plug-in and hybrid models this year, it is probably a good idea to reach out to your preferred dealers soon as availability may be limited this year for all of these due to continued supply chain issues plaguing the auto industry and also being brand new models. From everything I have read though, the hybrid and full EV models (versus the plug-in hybrids) will be available in higher volumes.

Finally, Kia has also teased its first glimpses of the new 2023, three-row Telluride SUV. It will also debut next week at the New York International Auto Show and features “bold new design elements” both inside and out. A new X-Pro version of the Telluride will be on offer for the 2023 model year, and new convenience and technology upgrades will almost certainly support continued strong demand for one of Kia’s most acclaimed and in demand vehicles. Now, if Kia would just make a hybrid version of their largest vehicle to hold over the green minded set until their EV9 all electric mid-size SUV becomes available. What do you think, are any of these new Kias worth getting excited about? Leave your comments below. 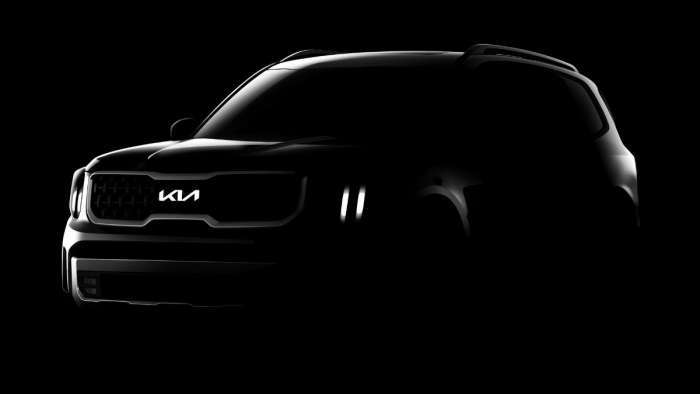