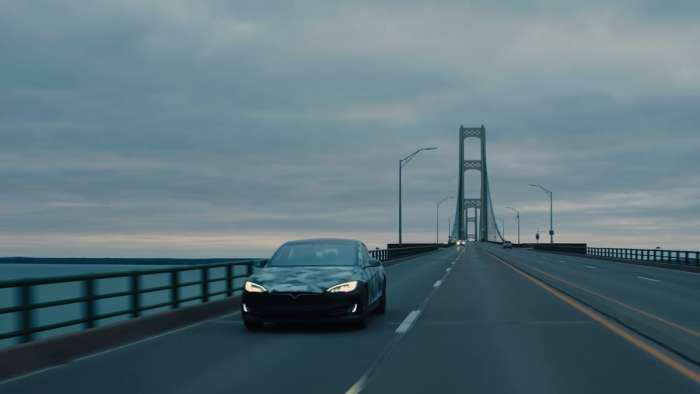 Our Next Energy recently drove a Tesla Model S over 750 miles on a single charge and has secured funding led by BMW i Ventures to aid its expansion. With names like Bill Gates and Jeff Bezos on its list of supporters, could ONE be the next big thing in EV batteries?
Advertisement

The EV market is highly attractive for investment in spite of recent down-swings and will only go in one direction in the future. It's not surprising then, that Michigan-based battery company Our Next Energy has been generating significant buzz and investment from big names in the automotive and venture capital worlds. Breakthrough Energy Ventures, which was founded by Bill Gates and counts Jeff Bezos and Richard Branson among its contributors, supplied ONE with $25 million worth of Series A funding in October 2021, and now BMW's getting in on the act.

BMW i Ventures
As you might have guessed from the name if you're not already familiar, BMW i Ventures is a venture capital offshoot from BMW which invests in future technologies that have relevance in the automotive universe. In the past it's provided funding to Rapid Liquid Print, a 3D-printing company specializing in soft materials such as rubber and silicone, and Actnano, which produces hydrophobic nanocoatings to protect circuitry and other electronics. Now, the firm is leading a $65 million investment in Our Next Energy which will allow for expansion of ONE's Bay Area R&D center as well as helping it find and develop a site for its first major production facility. 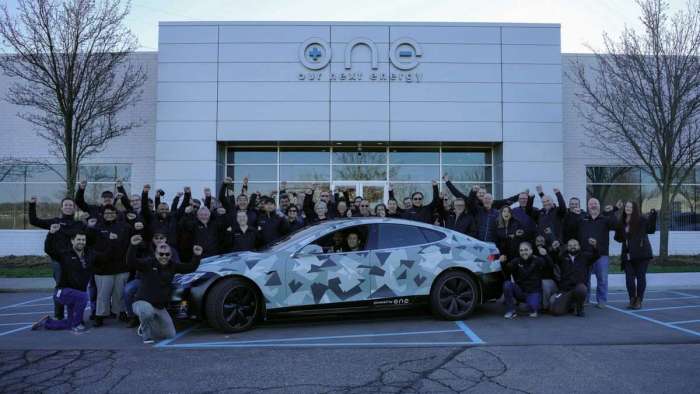 752 Miles on a Single Charge
The funding announcement follows ONE's announcement that they had driven a Tesla Model S equipped with one of their prototype Gemini batteries 752 miles across Michigan on a single charge. Taken indoors away from traffic and December in Michigan with its power-sapping cold temperatures, the same Model S ran for 882 miles at a constant 55 mph on a dyno. The Gemini battery installed in the Tesla has a 203.7 kWh capacity and uses a cobalt-free lithium iron phosphate chemistry. For comparison, the 520-mile Lucid Air Dream Edition has a 118 kWh battery pack.

“The ONE Gemini battery aims to eliminate range as a barrier to electric vehicle adoption by doubling the available energy on board in the same package space” - Mujeeb Ijaz, ONE Founder and CEO

Our Next Energy
ONE was founded in July 2020 near Detroit by CEO Mujeeb Ijaz with the goal of using sustainable materials drawn from a conflict-free supply chain to create batteries with safer chemistries than existing offerings. Ijaz has 30 years of experience in battery systems and previously worked for Ford, Chrysler, and Apple before setting up on his own with ONE. Dr. Steven Kaye serves as Chief Technology Officer and heads ONE's R&D department. Dr. Kaye also worked for Apple as part of the Special Projects Team leading battery-related research and development. Kaye holds more than 60 patents related to battery technology.

Our Next Energy plans to start production of their 79 kWh Aries battery in late 2022 and will show the world a production-quality prototype Gemini in 2023. With compelling products and some big name backers, Our Next Energy is certainly one to watch.

Images by Our Next Energy licensed by CC BY 2.0.

DeanMcManis wrote on March 10, 2022 - 3:16am Permalink
Our Next Energy is doing a good job in developing higher energy density LFP batteries. Looked at purely by range and their 700-880 mile capability is very good for LFP, but it's just about matching Tesla's NCA chemistry, as the new Model S Long Range has an EPA rating of 405 miles with a 100kWh battery, so doubling the size (203kWh) effectively doubles the range. But Our Next Energy's hybrid LFP chemistry might still be challenged by Tesla's 4680 batteries in terms of energy density and longevity, and even possibly cost as well. Competition definitely improves the breed, and hopefully Our Next Energy gets any flaws in their Gemini battery, and gets it into production soon.