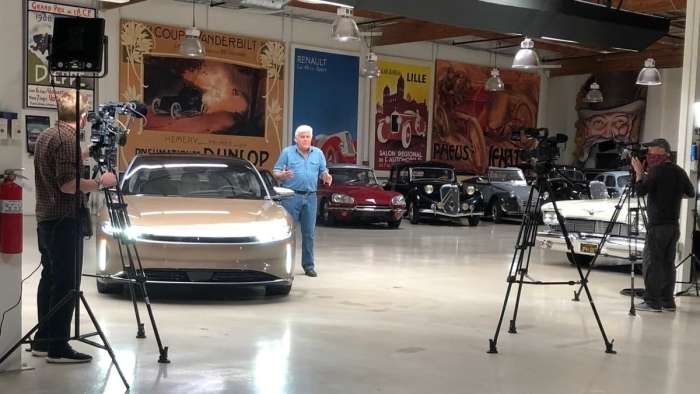 Another important milestone has been reached for Lucid's flagship Air sedan, as it will feature as the subject of a upcoming episode of Jay Leno's Garage.
Advertisement

Now in its sixth season, the show is shot through with the veteran comedian's undeniable love of cars, beginning as a web series for NBC.com before moving to a prime-time slot on CNBC in 2015.

Big Dog Garage
The show is filmed in Leno's Burbank, California "Big Dog Garage," where a great deal of his personal collection resides with many of the vehicles parked in front of blown-up images of the magazine ads that caused him to fall in love with them as a young man.

Viewers can expect an in-depth look at the Air's exterior, interior, and design ethos, likely accompanied by a Lucid executive, perhaps even CEO/CTO Peter Rawlinson himself. From there, it's off for a test drive, with Leno giving his impressions of the car's performance and handling characteristics. 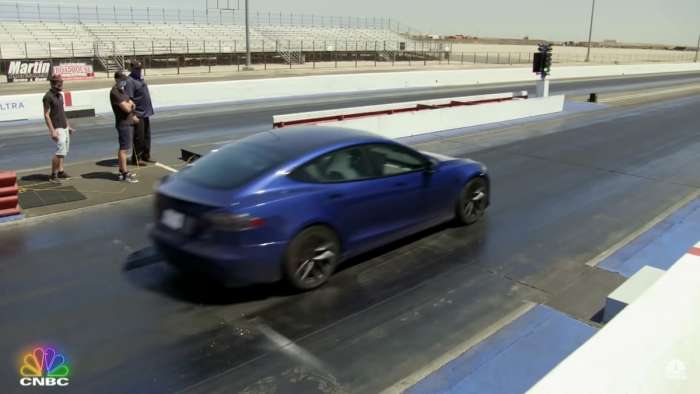 Leno is a proponent of electric vehicles and sees them as the future despite his love for internal combustion-powered cars. He has previously owned a Tesla Model S, though he sold in during 2021 to make room for another electric vehicle. Whether this new EV will be a range record-breaking Lucid Air or not remains to be seen, but I'm betting there's a pretty good chance it will be.

Elon And Cybertruck
Leno's Garage has a history of showcasing important new electric vehicles, with Elon Musk making a couple of appearances, first in 2008 to show off the original Tesla Roadster and then again to give Jay a drive in the Cybertruck. The Model Y has also featured in an episode, although Jay stated that he would be sticking with his Model S over the Y. 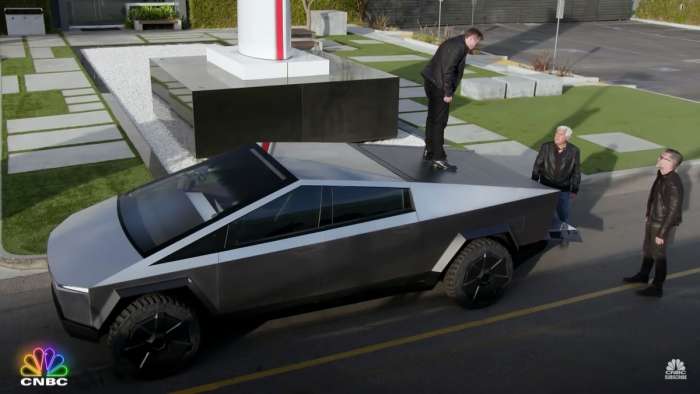 The Mercedes EQS, a direct competitor to the Lucid Air, was also featured in an episode in August 2021.

Prototypes
A couple of significant prototype EVs have also featured on Leno's Garage. Canoo's rather unique minivan featured in July 2020, and Jay went off-roading with wildlife photographer Amber Arbucci in April 2020 in Bollinger's SUV prototype, which features a glass roof and angular bodywork looking like an old-school body-on-frame 4X4 truck. 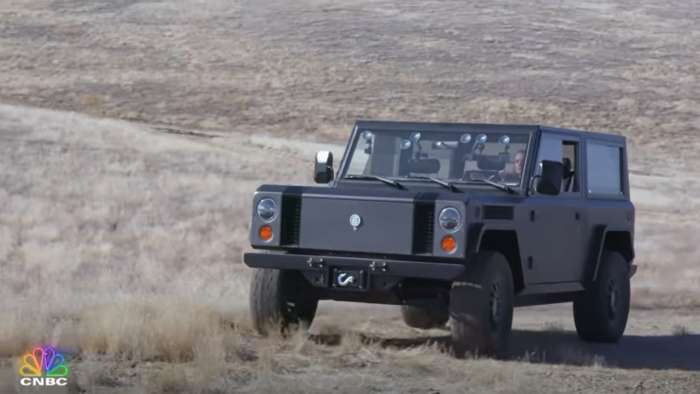 So far Rivian has been absent from Leno's Garage, but with the company going from strength to strength it seems that this will be remedied sooner rather than later.

Before that, though, the Lucid Air will have its turn in the Big Dog Garage.

Images by Lucid Motors and Jay Leno's Garage licensed under CC BY 2.0.

David auerbach wrote on December 8, 2021 - 1:06pm Permalink
This sounds great ,but for one major flaw,where does the electricity come from ? And if there is a million electric cars how much more will electricity cost and how will this electricity be made ? Coal and gas ? Nice but very flawed plan the government will take over the power grid “for our own good” and charge what ever they like or vote for , dont be fooled by pipe dreams about solar, and wind power You will need to burn much more coal and all electricity will cost more than you can imagine,