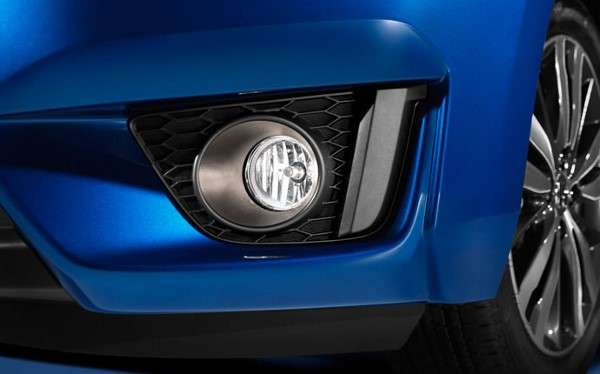 A short historical perspective: During the world-wide recession gasoline prices hit the ceiling as producers, distributors warned of a depleted unsustainable world supply of crude oil. We were collectively convinced to bite the bullet as to rising fuel, related goods and shipping costs. After all, we were out of crude oil, and would have to look to fuel alternatives while limiting miles driven and fuel reliant products consumed.

As the Chevrolet Suburbans, GMC Denalis and HMVs of the world headed to the crusher, companies like Honda survived the recession producing smaller, quality, fuel efficient compact and subcompact cars and light trucks. In the economic cycles of the past, smaller cars had lost their appeal as the economy headed out of the depths and shadows of an economic recession.

It’s a new day as consumers look past cheap fuel and marketing hype. Well, sort of.

We know that Chevrolet Silverado and F150 pickups are the best selling vehicles(by volume) in the U.S.. While not “economy cars,” through new engine, drivetrain technologies, lighter body and frame components, Detroit is squeezing more MPG than ever before with Dodge and Ford realizing real world fuel economy of 25 MPG on the highways.

In the case of Honda, light truck sales are up 27% with CR-V and Pilot leading the charge. However, that hasn't slowed Honda Fit sales, they've gone through the ceiling, doubling in January over the previous year. It looks to us like many post recession buyer’s aren't buying into the hype of long term low gasoline prices while abandoning their compact Honda.

There’s a reason: Honda’s best at maximizing usable interior space and utility within the confines of a fun to drive small or compact car. Driving Fit doesn’t feel like a compromise.

After spending much seat time in Honda’s popular 5 door hatchback, we believe that Fit’s utility and standard feature creature comforts add up to a superior value over much if not all of the competition. Besides, Fit is fun to drive. There’s that other thing that Honda does so well. Fit possesses a bigger car ride and driving feel, despite its relatively small wheelbase, overall body length and light vehicle weight.

Through superior suspension engineering, low center of gravity, a high output Earth Dreams ™ engine and CVT transmission or close ratio 6 speed manual transmission, Fit is very safe and sporty. Besides, how many folks truly require a large car or truck for everyday driving? With a base MSRP of $15,675, Fit LX offers the interior comfort and hauling capacity of a much larger vehicle while averaging 33 city/ 41 highway.

In closing: Looking to January sales numbers as predicted by Torque News, Fit is offsetting Civic sales in the U.S. and will eventually replace the upsized Civic as the compact front runner in American Honda’s lineup. We further believe that on release 2016 Honda HR-V will within months become Honda’s next North American “Hot Hatch” in the sub-compact class. A great all around purchase or lease value, we believe Fit merits a closer look when weighing a new car purchase.

Patrick wrote on February 12, 2015 - 8:01pm Permalink
Parks - not sure why you keep saying that the Fit will replace the Civic in sales here in the U.S. This will NEVER happen. I'm not sure what empirical data you can show to back up such a claim. Fit sales have risen because it's a brand new model and is much improved over the previous version. Civic sales have slowed somewhat because it's in the 4th year of the current generation and there's no real buzz with it at the moment. Additionally, 2015 is the last model year for the 9th-generation Civic. An all-new 2016 10th-gen Civic goes on sale in the fall of this year. The all-new 2016 Civic will makes its global debut at the 2015 New York Intl Auto Show April 1-2. It will come in sedan and hatchback. The coupe might be phased out. The new Civic will be built on an all-new modular platform to be shared with the next-gen Accord and CR-V. Honda is doing like VW is with the MQB platform.
Parks McCants wrote on February 16, 2015 - 12:44am Permalink
Actually Patrick: My diatribe is that of a parrot spewing the sentiment of American Honda Motor executives, And, is in direct relationship to Civic's up-sizing from a sub-compact to a compact classification in 2007. Fit will effectively fill the sub-compact gap left in Honda's line by the vacating larger and ever-growing Civic. B.T.W. Please source your prediction of a near future Civic based hatchback.(I like the idea) Honda isn't talking about it. As to the production and sales numbers: Honda Fit has sold well over 4 million units world wide. The capacity of the Mexico plant is 240,000 units per year. Production swings into double shifts this month with the Fit platformed HR-V coming on line. The math would indicate(based on December and January 2015 sales, that no fewer than 60,000 units will be sold in North America for 2015. I'll keep pushing the news as long as Honda provides it! looking to HR-V, when it takes off, there will be little to no call for a volume produced Civic Hatchback. Type R for North America is a pipe dream.(Again, this Honda fan would like to see it!) That's just my qualified opinion. Thanks for reading Patrick, much appreciated!
learch wrote on March 17, 2015 - 12:56am Permalink
My daughter has a 2014 Fit and loves it. My wife loves to drive it and tells me it's like driving a go cart. Not in a bad way, just great handling.

LG's New EV Battery Plant Is a Welcome News for Tesla
Tesla Giga Berlin's New Hurdle: It's Not Only the Gov't, but Now Tesla Itself
END_OF_DOCUMENT_TOKEN_TO_BE_REPLACED