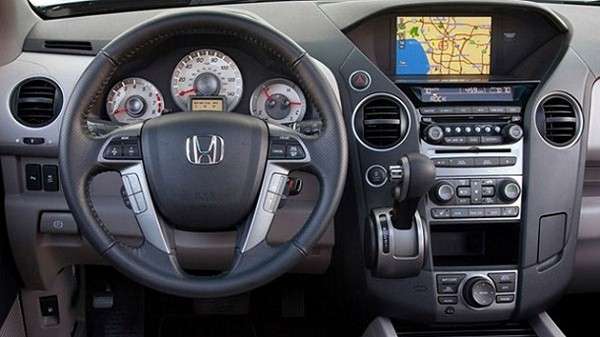 No bones about it, we’re die-hard Acura, Honda fans. As eagerly relayed countless times in earlier articles, we state adamantly that American Honda Motor Company is the driving force behind today’s automotive renaissance; with one caveat. The maker of the number one selling compact and mid size sedan in North America is experiencing a glitch or two in personal electronic connectivity.

When reading between the lines of John Mendel’s response to Honda’s lambasting at the hands of new owners participating in the latest J.D. Power Initial Quality Study, Honda largely failed to make the top tier as voted by those polled. John was most gracious in his response, stating:

"This week's announcement of J.D. Power and Associates annual Initial Quality Study reflected some opportunities for improvements in the design and function of in-vehicle connectivity and telematics systems. We offer cutting-edge capabilities that we will continue to make even more intuitive, even as customers become increasingly comfortable with the technology and the interface.” said John.

Mr Mendel was perhaps a bit more gracious in deflecting the unanticipated blow than we were. We don’t like Polls. We find the information gleaned from an often ‘narrowed’ search demographic to be (sometimes) misleading and at times, self serving. However, in this case, the J.D. Power IQS Poll is restricted to Honda buyers that have recently purchased (90 days) Honda cars and light trucks.

Admittedly not a Gen-Y techi, this reporter found the touch screen in the 2015 Fit to be easily accessed, well placed and fun to play with. However, without instruction from the dealer(I) we had no idea as to its handsfree communications capabilities. We’ve read an article or two circulating the Web stating that Honda has missed the mark on connectivity and telematics; Perhaps.

In other words, your IPhone 5 or Samsung Galaxy 4 may not be seamlessly compatible(opinion) with the 2014 Accord Hybrid, Civic Si or the discontinued Ridgeline Limited Edition light truck. Or, you may experience a mild learning curve in its operation.

Simple: Last fall, while Honda and Apple had not partnered for the initial 2014 offerings, Google Beat them to the mark. However, Apple and Honda did come up with a downloadable app. “Honda Link” featuring Aha Compatibility can be found here.

With Honda we know that it would be just a matter of time(short)before car-personal electronic connectivity and its use will become seamless and intuitive.

Setting that news behind us, we discover that the 2014 Honda Ridgeline did top the J.D. Power IQS Poll, but that was it for Honda. According to J.D. Power, Hyundai dominated in 2014 for overall initial customer satisfaction based on a 228 question, 8 categories.

Example: 78,000 respondents participated in 2011, the year that Ford took a beating on its latest offerings. In the case of Ford, consumers took exception with the then cutting edge redesign of the line. New buyers also found Ford’s personal electronic connectivity to be a bit of a challenge.

Case in point: looking to the sales numbers, shifts in consumer tastes, Eco-based want’s and needs, J.D. Power should go the way of the Ford Edsel and the dinosaur.

We believe that in today’s world of instant 24/7 communication interface as demonstrated by the smartphone in your hand, the day of the solicited opinion poll is coming to an end. If you are happy or unhappy with your Honda personal electronics connectivity, tells us here. Honda’s listening...

Forethought wrote on June 23, 2014 - 6:28pm Permalink
It will be REALLY interesting to see how Honda choses to integrate with Windows and, especially Android devices given Apple's "my way or the highway" attitude. If CarPlay manages to alienate close to 60% of Honda purchasers by not adequately supporting their devices, I suspect the JD Power scores will be even lower.
Parks McCants wrote on June 23, 2014 - 7:23pm Permalink
Good day Forethought. Although my son works at Apple, Dad's a P.C. guy. I'm with you, Apple has cooperated with M.S. and Google in the past. Let's hope for a solution (soon.)
Octavio wrote on June 24, 2014 - 3:44am Permalink
Do you have any video of that? I'd want to find out more details.
Parks McCants wrote on June 26, 2014 - 1:16am Permalink
I'm not sure what your looking for Octavio... A demo video of the system? Thanks.
Brian wrote on July 3, 2014 - 8:03am Permalink
My recent purchase of Civic DX was based on my Honda salesperson's guarantee, Honda was producing a connectivity kit for my Android. I would not recommend purchasing a new Honda unless it comes with IPhone provided in purchase agreement or forget Honda
Parks McCants wrote on July 3, 2014 - 9:41am Permalink
Good morning Brian. American Honda Motors claims that in the near future, both OPs will seamlessly connect to Honda's P.C.S.. Are you saying that Honda should provide purchasers with an IPhone 5 ? Get back to us on this. Thanks.
David Hurt wrote on May 3, 2015 - 6:15pm Permalink
I am a proud new owner of a 2014 Civic Si. Is there any chance I will be able to use android auto in the near future?