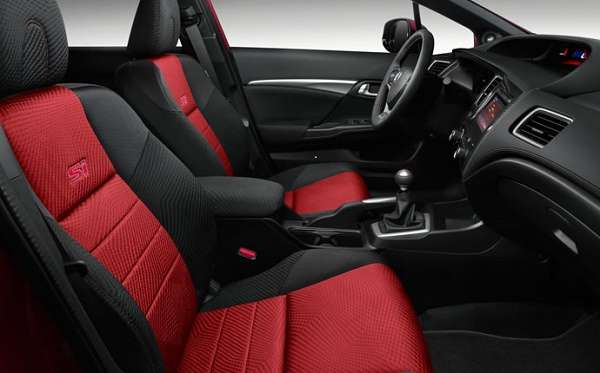 Honda’s been on the concert music circuit for years. And according to our friends in Torrance, Civic is most popular car with U.S. young millennial drivers.
Advertisement

Honda tells us that Civic is the most popular car with U.S. young millennials. No doubt, many received the keys from mom and dad. Are they ready to step up to the negotiation desk and buy one? Honda’s counting on it.

Looking to the sales numbers although down a bit from previous years (221,471 year to date -4.2%) Civic remains a car sales mainstay for America’s # 4 automotive brand in retail sales volume.

Setting the premier hype aside for a moment,(we know what the 2016 Civic looks like) we look to the totally redesigned world-compact-platform,10th gen, 2016 Civic to be a serious turning point in American Honda’s 58 year history. The math equation and resulting buzz quotient is a simple one here.

Civic was the car that started it all for the first Japan based car company to manufacture in the United States. And, although Accord and Civic sales remain vitally important to Honda’s bottom line, competition in the compact, midsize segment from Toyota, Hyundai and others has eroded the foundation of American Honda, just a bit.

I predict that the release of the 2016 Civic will reignite the Civic frenzy as Night Riots opens for Honda’s next big thing on the road that is “2015 The Year of Honda.” Also, with the introduction of a turbocharged Earth Dreams ™ hatchback and near future Type-R, Civic sales will go through the roof.

Honda-Torque News predicted that the release of 2016 Honda HR-V, the new and improved built in Mexico Fit, and the manufacturing transition between the U.S. and Great Britain would impact Civic sales, and it has. We believe that now is a good time to drop in on your local Honda dealer and negotiate a deal on an in stock 2015 Honda, a great vehicle by any measure.

Tapping the public relations budget just a tad, Honda’s pulling an all nighter at YouTube's Los Angeles studio. Opening for 2016 Honda Civic will be central California sensation Night Riots, with your host Liz Hernandez of “Access Hollywood.” You may catch the action on Honda’s live YouTube channel feed starting at 6:30 pm west coast time.What does music have to do with 2016 Honda Civic? It’s show biz baby!

Take a look at Night Riots