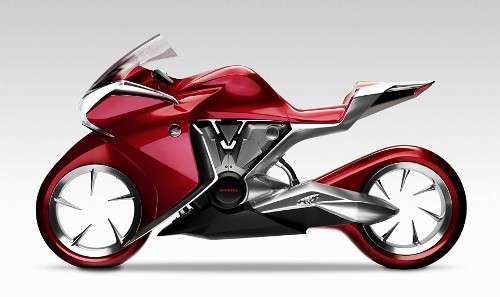 And that’s the sole reason I choose to report on Honda engineered automobiles and motorcycles. Honda is arguably the most diverse and exciting Eco conscious techno-engineering firm on the planet.

Wednesday, the company was awarded yet another award for reducing emissions and manufacturing related pollutants in Europe for decreasing the average fuel consumption of its fleet by 9.5% over levels recorded in 2012. Honda’s “blue sky for our children” is more than an environmentally based mantra, it’s a corporate wide based manufacturing philosophy.

The Fit and CV-R manufacturing facility scheduled to open in Mexico in 2014, will be the first zero manufacturing waste by product plant in North America.

Last week came the announcement that 3,000,000 Honda’s had been manufactured in Lincoln(HMA) Alabama since the plant’s opening in 2001. That’s but one of 14 automotive, engine or motorcycle plants located in North America. Astounding progress for a company that traces its humble North America beginnings to a small motorcycle shop store front in Los Angeles,Ca.

But that’s Honda. Driven by affordable, accessible, quality product innovation that works well. Honda has not only proven its longevity in an ever-changing automotive market, but has morphed into a major North American employer. With 130,000 or so direct line employee’s and an additional 200,000 in dealership and jobber related positions, American Honda Motor Corporation is one of the largest employers in North America.

For me it’s the people that drive and ride Honda products. Back in the day there was an advertising slogan that helped propel the young upstart to market dominance in the early 1960s.

“ You meet the nicest people on a Honda.” You still do...

In my opinion the re-designed 2016 Honda Ridgeline will be the first ½ ton pickup to break the 30 mpg barrier. All Civic models within the next two model years will achieve an average mpg of 55+, and the Honda HCEV will be released under the Acura mark.