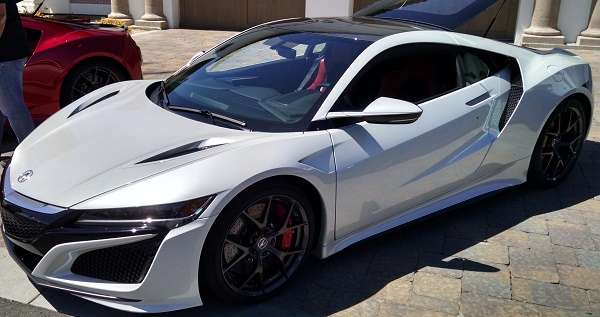 The last week in April marks the 30th Anniversary of Honda’s Acura Division, a mostly ”made in America” premium car and light truck brand that continues to buck the automotive trend.
Advertisement

You still see them rolling the roads of any town U.S.A. Honda’s compact bodied premium offshoot that took on the German and Italian performance imports 30 years ago in North America.

With names like Integra, Legend, Vigor and eventually NSX, Acura changed not only the public’s perception of what financially attainable and mechanically reliable Japanese engineered performance could be, but set the stage for Nissan, Toyota and other import manufacturers to spin off their own proprietary premium lineups.

As is often said, “the rest is history.” Today with the expansion of the Acura brand into the premium midsize and compact crossover, SUV segment, Acura MDX seven passenger SUV and 5 passenger RDX crossover remain the best selling midsize and compact SUV-like offerings in North America. Read my latest RDX drive review here.

A commitment to “Precision Crafted Performance”

The future for Acura and Acura owners looks bright. I’ve personally had the pleasure of driving every offering in the Acura lineup including the ILX, ILX-A-SPEC,TLX,MDX,RDX, RLX Sport Hybrid and 2017 Acura NSX sport Hybrid supercar. I’ve yet to be disappointed with a current generation Acura’s fit and finish or promised performance-- with several of them exceeding my expectations. Catch my brake-free drive across Los Angeles here.

With a tip of the hat I congratulate Acura senior vice president and general manager Mr. Jon Ikeda and the Acura family for a job well done -- as Acura commits to the near future expansion of gasoline/electric hybrid technology throughout the lineup. Cheers!