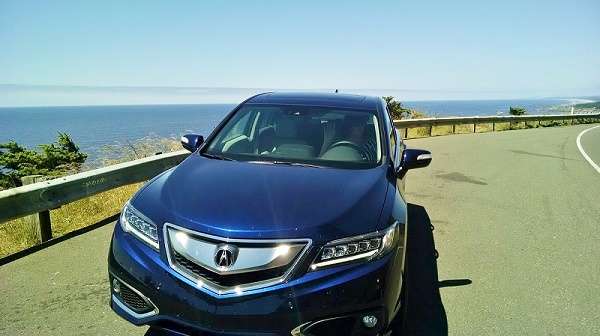 America loves a good deal and from where I sit, Acura RDX may be the best value found in a 2-row SUV today.
Advertisement

Call it what you will, a crossover, or an SUV, Acura RDX is the best selling premium 2-row light-truck based human conveyance in North America. It also happens to be my personal favorite daily driver. So, while it may be a bit of a stretch for me to pen a nonbiased drive review on RDX, I’ve done so on several occasions, you may read my latest one here.

Monday’s November sales report demonstrates an increase in retail sales of 7.4% over Nov. 2014 for RDX, with year to date sales approaching 46,084. RDX sales are up 16.1% year over year. So, what’s driving unprecedented RDX sales? Fuel economy, price, performance and quality. Oh, and lower gas prices at the pump. Acura’s Chief Jon Ikeda puts it this way: "With the Acura brand on track for our fifth consecutive year of increased sales and our best annual sales total since 2007 we continue to build strong momentum toward next year's celebration of Acura's 30th anniversary," said Jon Ikeda, vice president and general manager of the Acura division. "We also recognize and embrace the challenges of an ultra-competitive luxury market as we sharpen our portfolio with products like the technologically advanced NSX and continue to build the brand with highly desirable vehicles throughout the lineup."

With no lack of choice in the under $50,000 premium compact crossover, SUV segment, Acura RDX continues to outsell the competition, both domestic and import. I attribute Acura’s lead in the market to an obtainable MSRP, exceptional standard features, measurable engine performance, and class leading fuel economy, in that order. Nancy King, formerly of the Jazz Underground loves driving Acura RDX with Advance Package. As to body design and Acura’s directive as to “function dictates form,” while arguably not the flashiest contender in the segment, RDX is quite possibly the easiest to own and operate. With a base MSRP of $35,270 (RDX FWD, 6 speed automatic transmission,) to $43,200 + for a fully loaded 2016 RDX AWD Advance Package ™, Acura presents the greatest overall lease or purchase value in the premium compact SUV segment. Don’t read me wrong, I like Cadillac and Lexus as much as the next guy. My wallet and my wife like 2016 Acura RDX. As is said:”The market has spoken.”