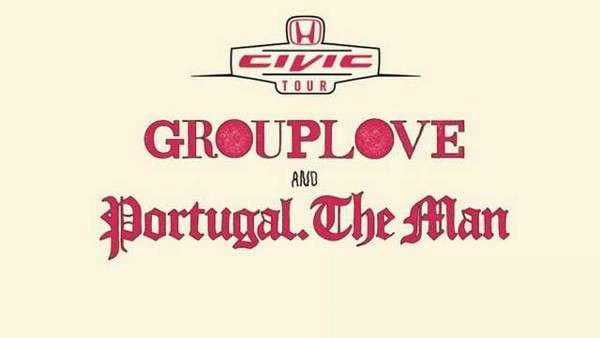 What does Indipop,Punk Rock, Rave and Honda have in commen? Back in 2001, someone at media giant Honda pushed the idea that creating a world-class Honda branded music concert tour would help promote Honda Civic. What? Torque News takes a closer look.
Advertisement

American Honda Motor Company is no stranger to music and sports promotion. In fact they are giants in the world of automotive promotions through music, sports and racing. Much like Chevrolet and Ford, you will see the “Big H” prominently featured on venues throughout North America.

Located a few miles south of Burbank and Hollywood, Ca., Honda’s Torrance corporate headquarters is strategically located next door to the entertainment capital of the world.

So what’s my 2014 Honda Civic and your music have in common? More than you might think.

Back in 2001 our friends at Honda launched the “Honda Civic Music Tour.” Three million music fans have attended Honda Music Tour events since its inception. This year the tour will touch down in 20 U.S. cities with the creation of Honda’s own 3D YOUTube music channel.

Much like Budweiser Beer or Coca Cola at the racetrack or Rodeo, Honda branding is permeating the world of Metal, Indie Pop and Punk Rock.

Honda tells it this way:

“There is a new generation of music fans that can now share in Honda’s passion for music and fun-to- drive vehicles with the expansion of the Honda Civic Tour.” Say’s Nick Lee, Honda Brands Manager American Honda Motor Company. In this brilliant promotion of the Honda legacy, 2014 Civic and Fit, Honda is underwriting concert ticket costs by sponsoring artists and music venues throughout north America.

Taking it up a notch, Honda has partnered with some of the biggest names in the entertainment industry and through social media is not so passively promoting the fastest growing automotive brand in North America.

On August 10, 2014 Honda Civic Tour will open in Seattle Washington for the beginning of a 20 city tour bringing fans some of the biggest names on today’s music scene.
That’s nice, what about the cars?

We like the 2014 Honda Civic for its tech-rich value added standard features,comfort and driving characteristics, while the North American Civic “S” does not perform to the standards of Europe’s Civic R-Type, its 203 hp 1-VTEC translates economy to affordable and fun transportation.

looking to the now released 2015 Fit Sport, we find a value packed affordable sport 5 door hatch targeted at a young, progressive concert going buyer. Now that buyer can participate in a Honda sponsored and underwritten live and recorded concert experience second to none Via Honda’s own music channel.

Plug it in, turn it up and ride, Honda’s with you.