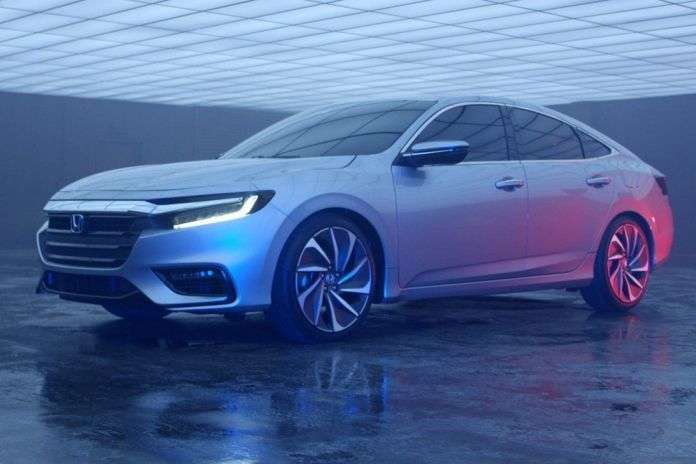 My mother remembers Horse Stables on Hollywood Boulevard back when she was a girl. Me, I rode the last original electric Red Car streetcars in Southern California with my grandmother as a 5-year old. Soon after General Motors with the help of Standard Oil pushed public transportation back several decades. Today, we move back to the future with the electric car.
Advertisement

As much as things change they remain the same. Today North America’s Auto industry is grudgingly moving forward with the electrification of personal transportation, purportedly in a quest for zero Auto-related exhaust emissions. But truthfully, the momentum we witness today in the EV evolution is driven by government regulation, and a growing sense of the driving public’s “Green” urgency, brought on by a now undisputable change in global weather patterns.

Man caused weather change or not. If we can reduce auto emissions by converting a high percentage of privately owned cars and light trucks to electric, why not do so? As an automotive news journalist, I report on an industry that will see greater change over the next decade than it has in the past 100 years. Much of that change will come in the form of battery powered electric motivated drivetrains, and an integrated, near Autonomous, human to car connectivity. Today, less than 2% of all new cars sales are electric, but that number is growing. 100 years ago that wasn’t the case. The Edison Electric Car of the day was a zero-emissions marvel.

Back at the turn of the last century, America’s wealthy preferred the quiet and refinement of the electric carriage. Although limited to 30 miles or so in between charge drive range, the relatively new grid-powerline-line electricity was clean, easy, and afforded “refueling” in the convenience of one’s garage, as it does today. Back in the infancy of grid-power, Industrialist such as Thomas Edison, owned the power plant, distribution grid, and the electric car company. What we see today with Elon Musk and Tesla is not new. It’s simply a proven idea and subsequent rebirth of an industry business model brought forward. For 2018, Green Car of the Year goes electric.

What killed the early market mainstreaming of the electric car at that time was battery technology and the initial cost of purchase. EVs of that era were for the wealthy. As with today’s longest drive-range BEV,, the Tesla S, electric cars of the early 20th century came to market at 2 to3 times the cost of a gasoline-fueled internal combustion motivated carriage. With the advent of the Ford Model T, and production line automotive manufacturing, the electric car was ailing in America. Big oil companies and gasoline distributors killed the EV...

Back at the turn of the 20th century, there was a widespread belief that the automobile was a passing fad. At that time, as the nation transitioned from an agrarian society to industry, and city living, it was not uncommon to find horse and buggies competing for lane space and parking. In Fact, the horse and buggy had the right-of-way during the infancy of the car. Afterall, prior to the advent of the electric starter motor, that newfangled car could kick back on compression, with the starting crank breaking one’s arm or worse. Gasoline was purchased from the local drugstore, or building/farm supply, and was as rare as hen’s teeth.

There was no fueling infrastructure in those early days before society embraced the modern automobile. Soon would follow branded gasoline distributors, at first auto manufacturer-sponsored, and I suspect subsidized. What we take for granted today, was decades in the making. I drive the near-autonomous 2018 Acura MDX Sport Hybrid in L.A...
As with electric vehicle mainstreaming, public demand followed the affordable mass-produced car. With growing public demand came an expanded vehicle-related infrastructure. The family car became an icon in America; an intricate part of our social structure. Car segment growth and demand came organically; the same will come with ongoing Auto brand investment in all things E.V.

You’ll find a GMC V8 SUV, Chrysler V6 crossover, and a Turbocharged Volvo sitting in my driveway. They all have one thing in common -- I don’t drive them much. In 2017 in answer to my auto obsession, I had occasion to long-term test drive 36 vehicles, a full ⅓ of them electrified. Thanks to my association with Green Car Journal, a Turbo Cord will land on my doorstep in February -- my intention is to wear it out! The Gear-Head in me has swapped his Craftsman auto hand tools for a power cord, and an electric car obsession. I love driving electric, as experienced in the Honda Clarity Trilogy. Electric or not, consumers want a choice as to how to go electric.

In Asia, the transition from electric bicycles and scooter to electric cars is a natural one

China is currently the fastest growing electric car market in the world, followed by Scandinavia and Europe. The U.S. is pulling up the rear, but we’ll get there. Growth in electric bicycle segment is unprecedented. Today’s young consumer doesn’t question electric power, they expect it. From Hoverboards to skateboards, to electric bicycles, go-carts, and ½ scale electric cars, jeeps, and quads, a new generation grows up with electric. For them, the mainstream electric car will be the norm within a decade -- that’s the logical progression of personal transportation.