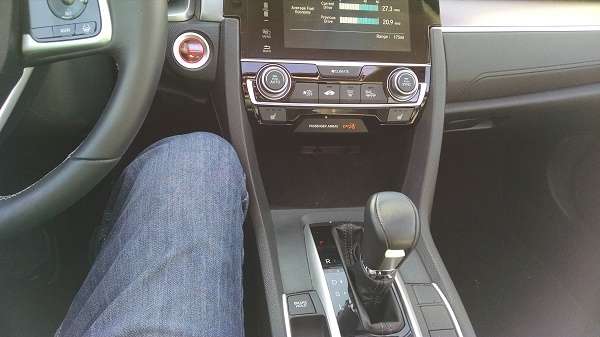 It’s one of those mind boggling questions that come up from, we assume, “new” drivers at times: Is there any benefit to turning of my 2016 Honda Civic engine while in motion?’
Advertisement

They’re at it again, those rascally 10th generation Honda Civic owners -- many of them new to car ownership, and the fundamentals of car operation, maintenance, safety features, etc. Understandably, they have a question or two, some of them viable concerns if not thought provoking.

My first car was a 1964 Volkswagen Beetle. Although it had been cosmetically refreshed, the air cooled, rear engine 4 cylinder, manually shifted “Bug” was as basic as dry toast, and did not come with an owner’s manual, a smartphone app, or dealership support. As to a warranty, Fuhgeddaboudit!

My car was driven with a bit of caution. The reality that maintenance, including valve adjustments in that day was given. But then again, it didn’t cost $20+ grand or the equivalent; it was my only transportation, and as a beach kid, I loved it! As to fuel economy, low emissions and active safety features, sure, I had a seat belt, a metal dashboard, and I was lucky to see 20 mpg -- I said lucky!

No dude, don’t turn off your Civic engine while in motion

I don’t understand where these questions come from. Perhaps a plant from Toyota drops in on CivicX.com and has a bit of fun. There’s a Civic owner out there that claims that if one pushes the key less ignition button while in motion, Civic's engine will shut off! Cool, I’m assuming that everything else does too.

The bottom line here without being overly harsh: This is a thoughtless practice with no measurable benefit as to fuel efficiency. Don’t do it! Is it normal to find a scratch or ding on a new car at time of delivery?.

Unless you’re sneaking back into mom and dad’s driveway

Sure, we used to do that too lil’ Billy. But as to turning off your engine at speed, you can potentially damage 2016 Honda Civic systems, your car and self under certain driving situations. I’m amazed that Civic owners continue their quest to squeeze every possible mile out of a gallon of gasoline, despite the highest average MPG in the compact coupe and sedan segment. This potentially dangerous practice will not increase your MPG, although it may shorten the life of your car. Cheers!