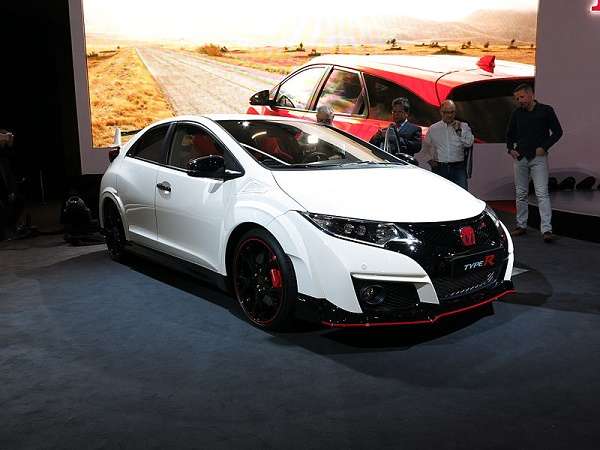 Despite American Honda Motors release of the first turbocharged Civic in Honda history, Honda fans won’t back off of the Type-R frenzy that topped Honda news in 2015.
Advertisement

Our #1 read Civic news article was penned on a car that will never be sold in North America, the 4th generation 2015 Civic Hatch Type-R. That doesn’t curtail Honda fans and auto journalist alike from hyping the arrival of what will arguably be a high performance car game changer for American Honda Motors.

Drum roll – the 300 horsepower 10th generation Civic world-compact platform manufactured 2017, or 2018(Honda’s not saying,) Civic Type-R. We look to Europe for a clue or two as to anticipated road performance. O.K., we do know a fact or two relevant to the current Honda Type-R love fest. The pre-production European Specified Type-R that set the 2014 world Nurburgring lap record in Germany, is not a 2015 production Type-R.

And, although turbocharged, manual shifted, FWD and track sticky, does not feature the manufactured in the U.S., 2.0 liter turbocharged ‘Earth Dreams’ engine specified for the manufactured in Swindon, Wiltshire, UK.Civic Type-R hot-hatch earmarked for North America markets. In-fact, the Civic Type-R eventually destined for a Honda showroom near you may have more in common, bellow the door line anyway, with the 2016 Honda Civic Touring. In speaking with 2016 Civic engineers and project managers last fall in Los Angeles, we learned that not only will North American bound Type-R share its manufacturing platform with 2016 Civic, but a handful of low friction engine and chassis components with the production Civic sedan, coupe and hatchback.

None the less, when Civic Type-R does come to North America, we’ve predicted that this extremely low production offering will gain collector-car status on its transfer-truck off-loading.
Photo attributions: Norbert Aepli, Switzerland.

Martin Smith wrote on February 25, 2016 - 4:17pm Permalink
The european Civic Type-R hatch is not made in Surrey as stated in the article. It is infact made at Honda's UK manufacturing base in Swindon, Wiltshire, UK.
Parks McCants wrote on February 25, 2016 - 7:50pm Permalink
Thank you Martin. Noted and corrected. Do you have anything to add about the Type R? Have you driven one, do you own one, what do you think of Civic Type-R. How does it compare to the competition?