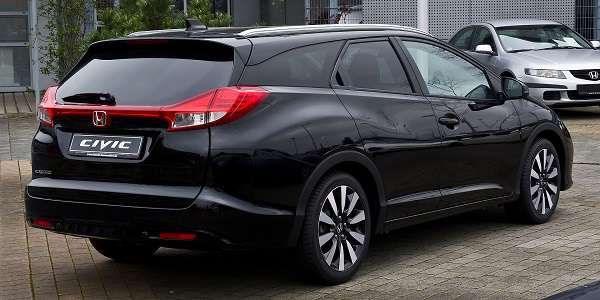 Honda fans ask for more and get it as American Honda expands, improves and reinvents the entire Civic lineup. Were's my wagon?
Advertisement

For some Honda fans, change is never quite enough, is it? Today while taking a cruise through a Honda owners forum or two, we discovered that a handful of old-school holdouts yearn for a Honda Civic Sport-Wagon for North America. Hey, where’s my wagon?

While the old-school “Station Wagon” labeling and look of yester-year’s family hauler has long fallen by the wayside, a handful of holdouts, dare we call them wagon-fanatics, stand ready in waiting for Honda to pull the trigger on the launch of a Civic platformed 5 door wagon variant for North America and beyond.

Alright, we’ll take the bait, what do you want?

Honda Civic wagons of the past are not strangers to North America. They were a staple family hauler long before the Honda, Acura crossover SUV craze took a foothold. Never high volume sellers, these 5 door(hatchback) Honda wagons can be found in various, engine, drivetrain configurations and body variants. In-fact, Today’s Fit and HR-V can trace DNA lineage to the Honda wagons of yesteryear.

For 2016 Honda expands the Civic lineup to include a 5 door hatchback manufactured in England and imported to the U.S.. We can state without reservation that a conventional Civic based station wagon, similar to the Civic “Tourer” wagon (referred to a hatchback in Europe) is not in the schedule for North American import.

While the European Civic Tourer Wagon is a beautifully proportioned car, North American drivers have voted with their wallets by purchasing the car-based unit-bodied CR-V crossover in record numbers; effectively usurping demand for conventional wagons in the U.S.and Canada.

Next in the lineup is HR-V, estimated to sell no fewer than 75,000 units in its first full year of production. We’ve driven it, we like it!

Honda has committed to importing a U.K. manufactured Civic 5 door hatchback, hopefully a Type-R variant while presenting the 10th generation Civic “World-Car” to the North American Civic fan base sometime in late 2015 or early 2016. There is no talk of importing the Civic Tourer Wagon.

JeffS wrote on June 2, 2015 - 9:55am Permalink
Good morning Parks. Maybe with all that is new coming from Honda, they are waiting to offer it to the US market, (so they will have something, "New" to offer in the not to distant future). My guess is that it would do well over here. Have a Good one.
Parks McCants wrote on June 2, 2015 - 11:19am Permalink
iIm with you JeffS...As much as I appreciate a sports-wagon format, Acura learned a lesson or two with the TSX wagon. I may be way off base here, but I just don't see a wagon coming down the line anytime soon, Unless.... Honda pulls the trigger on a clean diesel model. And that would simply be a low -production niche offering.
JeffS wrote on June 2, 2015 - 12:29pm Permalink
Didn't think of that, I guess the TSX wagon was such a flash in the pan, it never occurred to me. I do agree with you, for a Wagon, it looks good, even sporty. If I am not mistaken, VW is giving a wagon version of their Golf a try, be interesting to see how that fairs. This article brings to mind the HUGE Land Yachts the Big Three offered in yesteryear. Like the Buick Roadmaster, which you could probably fit a Civic coupe into. Regarding the TSX wagon, now that you refreshed my memory, as I recall, got great reviews from the car mags. and alike. Just goes to show, sometimes a, "Winner" is not. I've said it before, the car market is so fickle. Have a Great day Parks.
SoCal-waggoner wrote on April 15, 2018 - 5:38pm Permalink
If Honda had provided a truly competitive product when they released the high price, marginal performing TSX wagon it might have sold better, but we're looking for a mid-size wagon that carries enough and doesn't break the bank. A civic or accord based wagon in a civic/accord price range would meet that need. Currently, i prefer the VW Passat DTI wagon, but sadly that too is not available stateside. Only reason CRVs sells, is that there isn't a competing priced wagon in the line-up.
Parks McCants wrote on June 2, 2015 - 11:19am Permalink
It is good looking though!
Paul wrote on June 2, 2015 - 3:38pm Permalink
JeffS VW Golf Wagon already sold 1228 of their wagons in May 2015. The Jetta version sold 260 of whats left of the ols stock this May 2015. I love wagons.
JeffS wrote on June 3, 2015 - 5:41am Permalink
Good Day Paul. "Thanks", looks like VW's wagon is off to a good start. I'm a Honda guy, (personal preference). Just as Honda did, VW went through some tough times. Just as Honda is doing, VW is upping it's game. Let the Eurasian car wars begin, as a result everybody wins. Be Well.
Wojciech Ross wrote on November 19, 2018 - 6:33pm Permalink
It's incredible! People will, as before buy VW after all this! What they can hide from you and the public. Not mentioning Jetta it's a golf wagon just different name for the market. They change name after scandal in USA and start using EU name golf wagon/kombi and people are still buying them. incredible!!! I'll question VW reliability of the car for long time especially 4 wheel drive or turbo charged or automatic transmissions. I do have TSX wagon and it's great no issues what so ever. It is a 2012 and could get software update and will be perfect. Looking on Subaru sales plus even VW. Honda will have some great response in creating some civic/accord outback version for young or active people with 4x4. I would buy it over not very reliable Subaru or not mentioning VW. Thanks!