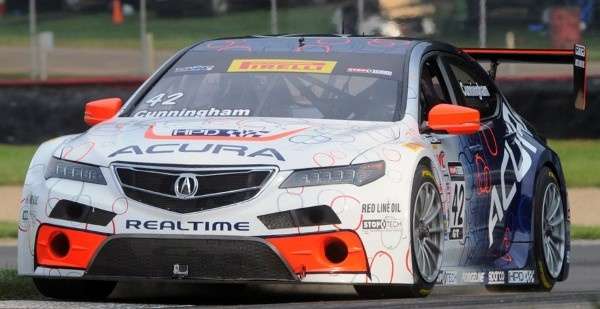 This weekend finds a very capable Ryan Eversley and track proven Spencer Pumpelli, both of Atlanta, Georgia, taking RealTime Racing’s Acura TLX GT cars # 43 and # 34 out for their last appearance in Pirelli World Challenge GT class racing. It’s been a tough couple of years for RealTime, Acura racing, with a mere 5 podiums to the credit of one of the hardest working, most qualified racing teams in PWC.

Ryan Eversley had one hell of a season, holding 5th overall in the driver’s competition for months, despite being team blocked, outgunned, and plagued by a sometimes seemingly endless stream of suspension related breakdowns. Granted, Ryan's been track-tough-aggressive on TLX GT. Nonetheless, Ryan will finish the series in 5th or 6th place out of a field of 41 GT drivers, impressive! To say the least.

Not to take anything away from P.D. Cunningham and RealTime Racing ™, they’ve done one hell of a job with what they had to work with. However, the exceptional racing-mode rendition of Acura’s midsize performance sedan is not an Audi 8, Ferrari 458, McLaren 650 S, or even a Cadillac ATS V5 for that matter.

The TLX GT car is based on a midsize 4 door sedan platform. Tweek it as you will, TLX GT is the underdog of Pirelli World Challenge, and considering the mostly Euro-supercar-platformed competition, has done pretty damn well in the near 3-season uphill that has been the TLX GT PWC campaign. We watched TLX GT dance in the rain. Impressive! 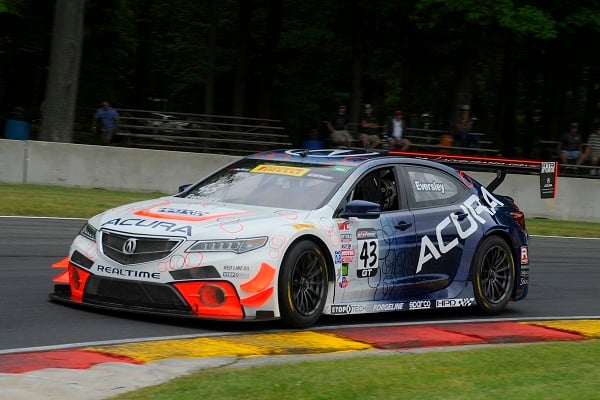 I’ve done everything but sit behind the wheel of Acura’s latest and greatest GT3 car manifestation. The proportions are exceptional - downdraft-twin turbo-racing-coupe-extreme. This is the car that RealTime, Acura Racing will campaign in 2017. Who will do the driving duties has not been announced, Although I’d bet on team owner and PWC’s winningest driver Peter Cunningham returning to the driver’s seat in a 20107 Acura NSX GT3 car.

Rear wheel driven, paddle shifted and twin turbocharged Honda V6 furry should give The Pirelli World Challenge GT pack a run for their money. With a 6th place manufacturer’s cup finish in 2016, Acura is counting on it. It ain't over until it’s over: Looking to Friday’s warm up #2, after “dialing in the track,” Eversley and Pumpelli made a very impressive showing with Pumpelli recording the 4th fastest warm up run of the afternoon with a mere .41 seconds off the lead. Anything can happen in PWC, and generally does!