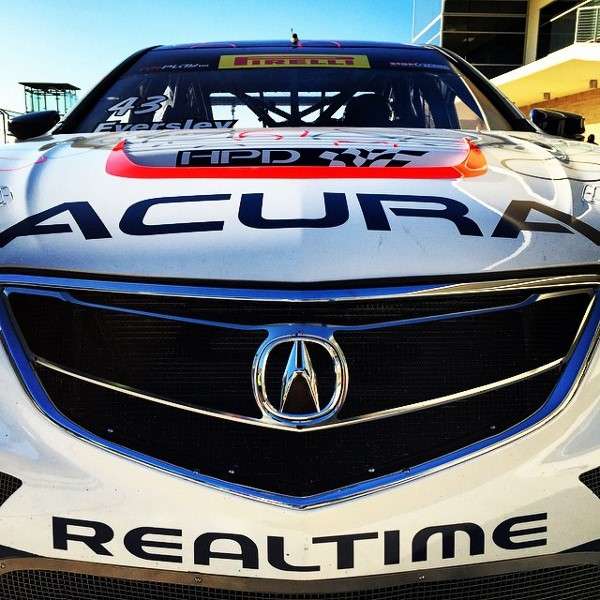 We watched PD Cunningham of Acura Motorsports, Real Time racing walk away from a high-speed rear-end collision in 2014; effectively ending his points run for the 2014 Pirelli. the premier edition 2015 TLX-GT race edition was damaged beyond repair.
Advertisement

That day in Sonoma ,California, we learned much about the tenacity and character of a seasoned driver that just won’t give up! Sitting with us in Honda’s race-hospitality compound, Cunningham displayed few if any marks of the prior day’s events; and was kind enough to share a short auto-cam video of the on start-rear end collision.

For us, a 55+ mph rear-ender while stalled at a dead stop may have left a bruise or two, mentally and physically. For PD, the event was shrugged off as another day in the office, this guy’s a road warrior of the highest caliber.

For 2015 we find the addition of a second car and successful driver with 15 years in the game and more than a couple of wins under his helmet. At 31, Ryan Eversley, carries PD Cunningham's cheerfully-delivered drive and tenacity to a new generation of race fans.

While Eversley may of been picked out of the crowd by Acura Motorsports to pilot the # 43 car, we’re fairly confident that head-coach and tactician PD Cunningham will be calling the race team strategy on the track. From what we can tell watching the action on RealTime Racing's Facebook page, both cars and driver’s are ready to “rock and roll.”

As (PD) Pete’s shared with us in the past, it will take a race or two to dial in the cars, the field is highly competitive, and here at Circuit of the Americas, (COTA) team RealTime Racing and Acura will be happy with a few points in the standings and a mechanically, trouble free race weekend.

A bit about the cars

For Pirelli World Challenge, 4 classes have been created for the modification and standing start GT3-style racing of modified domestic and import production model coupes and sedans. In the case of Acura TLX, base dimension and body style of the car has been retained while the majority of engine, transmission and chassis components have been modified; with a twist.

Acura TLX GT does utilize a factory 3.5 Liter V6 with the addition of twin turbochargers. The all-wheel drive system under TLX-GT is race proprietary as is the transmission. However, the sticky attributes of TLX-SH-AWD- like traction and torque vectoring (in this case mechanical) is very evident while watching Cunningham maneuver 2015 TLX-GT on the course.

With 48 entrants racing in GT and GT-Cup Porsche Momo sub-class, Saturday and Sunday, this 55 minute race is a visual kick in the ass to watch. There's nothing else like it in racing today. Torque News hopes to catch PD Cunningham, Ryan and Team RealTime Racing at the Long Beach Grand Prix in April. Until then, drive fast and drive safe! Best of luck to Acura and RealTime Racing in 2015.