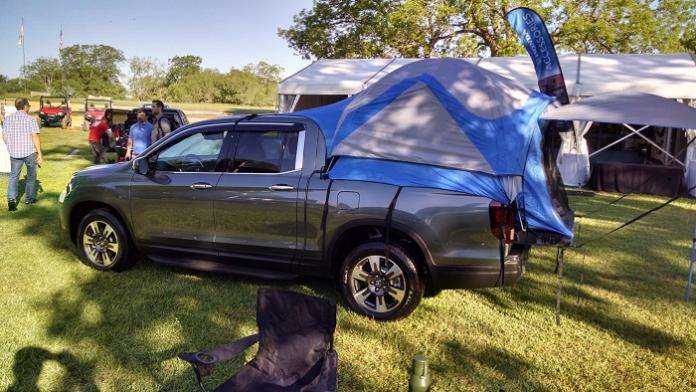 For the month of June, Civic continues to drive the compact car segment, while 2017 Honda HR-V, and Ridgeline, the most unique midsize pickup truck offerings available in North America, records yet another month over month light truck sales record for Honda. Honda reinvents the American pickup truck.

American Honda’s G.M. Jeff Conrad tells us: "Against a sea of competitors clinging to market share via heavy incentives and fleet sales, Honda's success is driven by retail customers attracted to a cadence of strong new products," said Jeff Conrad, senior vice president and general manager of the Honda Division. "Although the market is catching its breath, we're injecting new energy with models like the incredible new Civic Type R and we're not done yet in 2017, with a new Accord on the way."

Is 2017 Ridgeline better than the competition, or simply different?

Looking to the exceptional 2017 Honda Ridgeline, “different” is effectively better, as to cab-comfort, ride dynamic, and fuel efficiency. Torque News first experienced the Ridgeline difference on a combination road course outside of San Antonio Texas, where Honda’s unibody constructed wonder held up very well against Chevrolet Colorado and Toyota Tacoma off-road. Take a ride with Torque News down in Texas, where even Ridgeline is bigger!

2017 Honda Ridgeline takes the work out of pickup truck driving

Where 2017 Ridgeline truly excels is on the freeway. Last year we drove Ridgeline down to Umpqua Days in western Oregon, and found the 2017 Ridgeline Black Edition to be as comfortable on the road as a premium midsize sedan -- not an easy accomplishment in a light truck platform. To date (2017) 18,596 Ridgeline pickup trucks have sold, putting Ridgeline on track for a pre-recession sales trajectory, and the second best sales year in the truck brand's history.

With Ridgeline sales up, 2017 Honda HR-V continues to astound

2017 Honda HR-V realized a 35% sales gain in June with 8872 units sold, a new record for the Fit world-subcompact platformed crossover. Last week, Torque News touched on the value that is 2017 Honda HR-V, one of the few all-wheel-drive available subcompact 5-door hatchbacks available in the U.S. today.