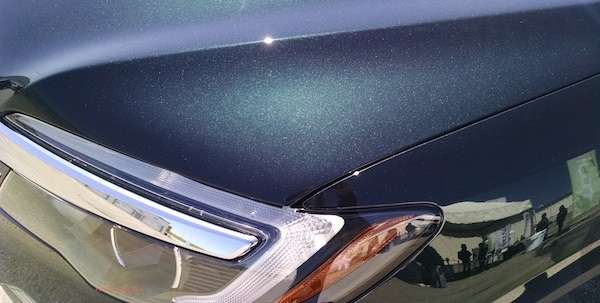 It’s a tough balancing act. How does Honda present a much refined next generation Pilot without overshadowing the #1 selling midsize premium SUV in North America, Acura MDX? It’s a tough manufacturing and sales balancing act, with perhaps a dash of in-house sibling rivalry.
Advertisement

Yet somehow, Honda’s done just that, without compromising comfort, performance and safety. Not exceeding or lacking Acura MDX performance or quality in any regard, simply different than MDX.

Attending Honda Pilot’s national press roll-out in Cincinnati, Ohio was an eye opener for Torque News. Last week, with more than just a bit of trepidation clouding our Christmas morning-childlike exuberance as to the arrival of Honda’s latest SUV offering, we bid a fond farewell to the outgoing generation of Honda’s 2nd best selling light truck based SUV.

With the collective concerns of 2nd generation Pilot loyal bulging from our virtual reality in-box, we took flight to America’s heartland for what would become an epic journey, and an exceptional learning experience.

We’ve yet to interview or encounter a Pilot owner that doesn’t love his or her Pilot. Honda’s ‘true’ light truck offering, is a measurable workhorse of generous interior passenger and cargo volume, decent towing capacity and more than adequate torque and road-handling performance; yet Honda’s taken Pilot to the next level.

May's and exciting month for American Honda Motors and Honda fans. Granted, with no shortage of offerings comming from the 3 row midsize SUV segment, our sub-heading may be taken as a rather ‘heady’ statement encroaching on the intersection of promotional hyperbol collides with pressed-sensationalism. After all, Chevrolet, Ford, Nissan, Toyota and Hyundai offer viable competition in the family-hauler 3 row segment; all pretty good contenders!

“Beam me up Scotty” implications of near-future things to come

Will 2016 Honda Pilot drive itself? Well, in true Honda fashion, we’re held to a press embargo as to 2016 pilot drive and ride impressions. That’s fine. Here’s what we can share: Based on information released through Honda’s Jeff Conrad's presentation at the Chicago Auto Show, we know that Pilot will come to dealers in the early summer of 2015; with a more powerful engine, a base 6 speed automatic transmission, and a 9 speed automatic transmission option.

Without going into specifics, Honda has fine-tuned an already stellar all-weather and terrain drive and ride experience, while presenting the finest next generation crash safety-frame technology and active safety suite available in an SUV today.

No MSRP released yet

Although Honda has yet to release price and dealership availability dates for 2016 Pilot, in speaking with our contacts at Honda, and while looking to the historic pricing and marketing patterns for American honda Motors, we anticipate 2016 Honda Pilot to come to market with a minimal price increase, and a new top-mark trim offering.

For Torque News readers concerned with Pilot losing its tough utility and off-road capabilities, don’t be. Honda has preserved the heritage of Pilot off-road capability and towing rating in the 3rd generation offering; while measurable improving the visual appeal, interior comfort, and-user friendly family or group drive and ride experience.

If a picture paints a thousand words

Arguably the most visually appealing SUV in American Honda’s long history, Pilot represents the pinnacle in family friendly SUV development and utility. With that said, Torque News predicts that 2016 Pilot will come to market with a favorable price point, and the best standard featured and option packages available in the family-SUV segment today. look for a detailed MSRP, trim-level and dealership availability dates coming from Torque News-Honda May 20, 2015.