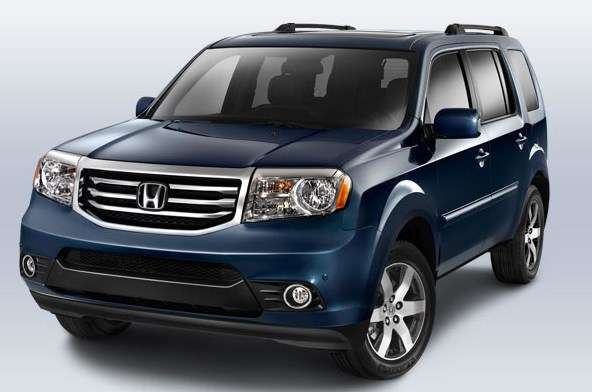 In its second generation and on the the road in North America since 2002, Honda’s light truck based midsize SUV is scheduled for a total redesign. Some old-school Pilot fans are not happy!
Advertisement

Friday found Torque News Honda revisiting Honda Pilot, a light based midsize SUV that we haven't spent much time with. It’s not that we don’t appreciate Pilot, we do; but for measurably different reasons than those prompting us to place flowing accolades on Acura’s best selling midsize premium SUV, MDX.

Pilot’s a little rougher around the edges; we like that

No bones about it. when one takes the wheel of Pilot they know they’re driving a light-truck based SUV. For Torque News, Pilot is reminiscent of Chevy Tahoe. Not the same size but familiar in flavor, fitment and just enough rugged stiffness in ride and seat comfort. 2015 Honda Pilot offers utility just a little bit short of rubber-matted-interior washout capabilities; with off-road and towing capabilities to take on just about anything.

If you’ve ever worked construction, dirt farmed, managed or played with livestock, you know what we’re talking about. And that’s the perceived problem with the next generation Pilot. Hardcore, Honda Pilot fans are concerned that 2016 Honda Pilot may be just a little too refined for everyday work and play. Torque News-Honda has interviewed several pilot owners including family members that appreciate the ‘boxy’ look and utility of pilot.

They like the fact that Pilot doubles as a daily driver, family hauler and task master; while retaining reasonably good looks and near bulletproof mechanical reliability.

Thanks to our friend Paul Casey, we experienced some quality seat time in 2015 Honda Pilot. Nothing fancy, just one step up from bare basic utility, yet surprisingly pleasing to drive and exceptionally quiet. Frankly we’re impressed. True enough, cloth seats, minimal power accouterments, no touchscreen, and a fist full of knobs; Pilot returned us to a familiar world of manual manipulation after spending several days driving Acura MDX . With a suggested MSRP of $34,600, we find Pilot EX 4-wheel -drive with VTM to be a measurable purchase bargain. You may view vehicle pricing and specifications here.

Yes, you will find steering wheel mounted cruise control, stereo mode and station select, volume control, phone call interrupt button and voice command on Pilot equipped with such options. But, the majority of personal connectivity, climate control, Navigation if you have it, etc, is controlled from the center dash console via dexterity command; manually. Something simple and familiar about that.

You won’t find a dual screen dash dash in 2015 Honda Pilot, that’s about to change

Progress is progress, and many driver’s today anticipate and often demand greater ease of personal connect-ability and vehicle interface with cellphones, IPods, laptops, etc. That’s just how it is. 2016 Honda Pilot will offer the greatest personal connectivity, active safety features, power and torque offered in a Pilot to date. Torque news touched on the 3rd generation pilot in a recent article, and will be attending Honda’s Pilot press release in Cincinnati Ohio next week.

For 2016 Honda brings to the segment a Pilot exhibiting strong Acura MDX design cues. Gone will be the snub-nosed-box design of the current truck derived Pilot. Buyer’s will find exceptional standard active safety features, an improved drive-ride experience, and a bit more refined interior comfort and passenger entertainment options. Honda will offer a 9 speed automatic transmission as an option as well as an expanded trim variant; all good.

For those Pilot fans that are concerned that Pilot is losing its truck-like toughness and capabilities, knowing Honda, we doubt it. 2016 Honda Pilot sets the trail for Honda Ridgeline. It’s not going to be too MDX like. and that’s just fine with Pilot fans.

LG's New EV Battery Plant Is a Welcome News for Tesla
Tesla Giga Berlin's New Hurdle: It's Not Only the Gov't, but Now Tesla Itself
END_OF_DOCUMENT_TOKEN_TO_BE_REPLACED