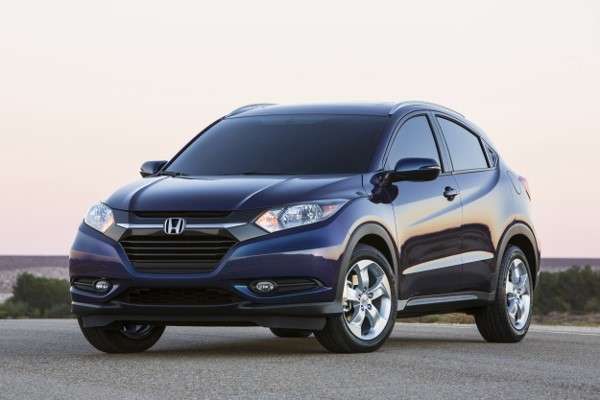 With the pending specifications and price reveal of 2016 Honda Pilot, and the mid-month dealer release of 2016 HR-V, CUV, Honda’s on a record breaking roll-out streak. We believe that HR-V will set yet another historical milestone for Honda Motors.
Advertisement

As we head out the door for Cincinnati, Ohio, eager to drive and review the next generation Honda Pilot, it occurs to us that we’re within 3 or 4 days of Honda’s specification and price announcement of what we and others in the automotive press believe to be Honda’s next big sales success; 2016 HR-V.

We can tell you this without breaching the walls of Honda’s press embargo. When released to the buying public sometime in mid May, 2016 Honda HR-V, CUV will be like no other sub-compact SUV or CUV on the market today. We’ve seen it, we’ve driven it, we like it!

Sharing platforms with Honda’s segment leader 2015 Fit, HR-V brings to the entry crossover market the interior utility and volume of Fit, while injecting more than just a bit of coupe-like styling; Civic derived power; and optional all-wheel-drive, something you won’t find optioned on Fit in North America.

Torque News has previewed 2016 HR-V at length, so won’t bore you here with greater detail until Thursday April 30. Be pre-warned, you’ll be pleasantly surprised and more than possibly delighted with Honda’s MSRP announcement. Astounding!

For 2016 Honda coaxes Pilot in the design and creature comfort direction of Acura SUV; while adding copious amounts of active safety; infotainment upgrades; an optional transmission upgrade and the next generation 4-wheel-drive system. That’s just the beginning. Stay tuned: We’ll be sharing more information on 2016 Pilot later on in the week.