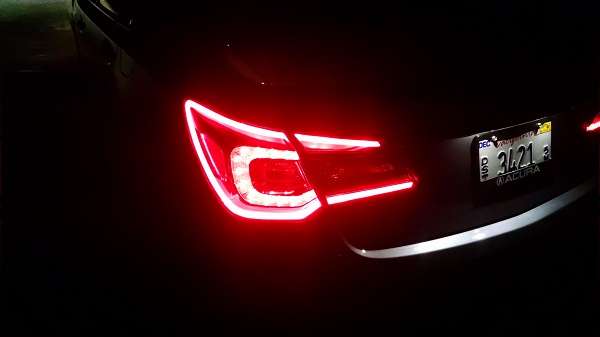 What new innovations and model updates will Acura bring to market for 2016? We look beyond the 2017 NSX hybrid supercar.
Advertisement

Acura Division returned to midsize premium performance sedan supremacy as the first full year run of TLX surpassed outgoing sales of the retired TL and TSX performance sedans by 3 to 1.(As of December 1,+20%, 60,000+ units) I was there for the roll out of TLX and predicted its future-forward design a home run hit for Acura.

No small feat in a midsize premium performance car segment recently dominated by Audi, BMW. Lexus and Mercedes Benz. Without pulling out the calculator, I believe that Acura TLX has outsold all of them in the U.S.. Hopefully, we’ll have end of the year sales numbers Monday.

As with all first year runs…

Granted, there was a bump or two on the road to segment supremacy. Specifically the outsourced electronically shifted 9-speed automatic transmission, electronic parking brake and auto-start-stop fuel saving feature. After the initial production run and subsequent repair, and, or, transmission-shift remapping, our TLX Owner’s Forum quieted down a bit.

2016 ILX A-SPEC caught the collective attention of the automotive press and Acura performance fans, yet failed to reach anticipated sales numbers. Some called it too rough around the edges, uncomfortable and stiff. I called it fun!

9 speed ZF transmission panned by the critics and owners alike

“Jerky launches off of the light, hesitant downshifts, rough shifting between 2nd and 3rd gear, a sense of being pushed into the intersection, and run away e-brakes,” all made it onto our TLX owner’s forum. Personal disclosure: In my 2,000 miles driven behind the wheel of TLX, I can’t state that I’ve experienced any of the above, yet I can’t discount our readers concerns, nor does Acura.

As I recall from talks with TLX development engineers, the ZF9 transmission was brought into the mix to insure a timely release of the 2015 TLX. It’s a very complex, computer programmed and shift-controlled transmission, actually set by your personal driving patterns. Some consumers report a bit of difficulty adjusting to it! And find the sometimes abrupt up or downshift to be less than ’premium or luxury.’

However, today we find the ZF9 not only in the top of the lineup 2016 TLX V6 SH-AWD Advance, but standard featured in the highly acclaimed and bestselling 2016 MDX SUV, and as an available option on the Honda 2016 Pilot Elite.

In our most recently conducted drive review of 2016 TLX SH-AWD with Advance, I experienced none of the above, leading me to believe that Acura has debugged the ZF9 transmission.

Rumor has it that Honda, Acura engineering is working on the development and release of their own 10 speed automatic transmission. will we see it in 2016 as a 2017 model year offering?

Here’s what we do know

Acura will present an all new design directive in January to the world automotive press attending the 2016 Detroit Auto Show. Along with it, we anticipate an announcement or two from Acura as to near term model releases. On our short list is a 10th generation Civic platformed turbocharged ILX sports sedan and eventually, ILX performance hatchback. And an all new Acura MDX and RDX crossover. It’s time!

Sure, hybrid electrification is coming, but not for 2016. I look to 2018 as the target model year for anything other than the Japan built and rebaged RLX Sports Hybrid and built in the U.S.A. NSX supercar.

Acura if nothing else, is a bit conservative as to jumping out too far ahead of the current EV trend. They’ll follow in the wake of Honda Motors with the release of 2017 FCEV Clarity, 2017 or 2018 plug-in Accord, and eventually a hybrid HR-V or Fit compact 5 door hatchback, something that uptrend Acura buyers show little interest in.