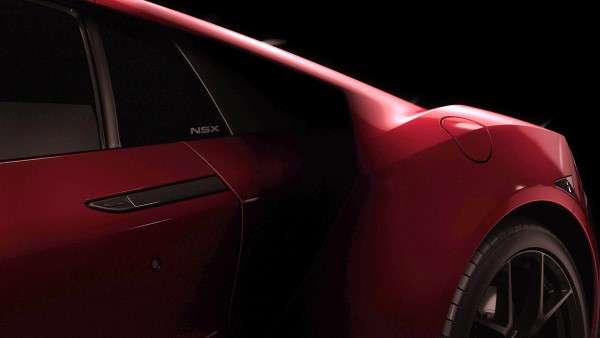 Monday’s live video feed reveal of Acura’s NSX Sports Hybrid Coupe to be the first time in many years that Acura fans will sense certainty as to the fate of NSX. A car of many firsts, will NSX exceed enthusiasts expectations?
Advertisement

We could stop the article here and allow our friends at Acura to pick up the baton and run with it Monday morning; that wouldn't be any fun. Acura NSX enthusiasts have waited the better part of 7 years for the next generation NSX to hit the showroom floors.

As with the original and subsequent mid-engine, spartan-esq - rear wheel drive aluminum framed NSX of last century and early new millennium,2016 NSX will capture the imagination of a sports-car world looking for value and steller performance. When released for sale in mid-year 2015, 2016 NSX will better the competition with several firsts, and relatively affordable innovations.

2016 Acura NSX will be the first production gasoline/electric hybrid supercar designed and produced in the U.S.A.. If as we anticipate, NSX meets or exceeds media-hyped horsepower and torque figures while utilizing Honda SH-AWD, NSX will be Acura’s next success story on the road to metric segment dominance.

Granted, the very limited production NSX will not dethrone Acura's sales leader. However, with an estimated MSRP just north of $100,000, NSX will give Audi, BMW, Porsche and Toyota a run for the money,while providing Honda with a much needed Halo car in Asian and European markets.

A NSX Roadster in the works: It's being rumored by the press that a NSX Roadster addition will follow in 2017; that press fodder remains unsubstantiated by Acura officials.