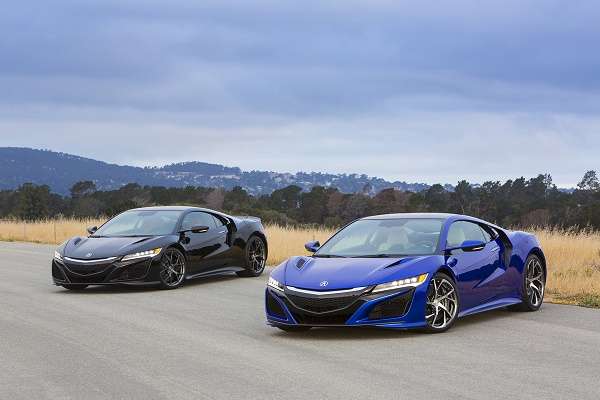 Unfortunately, NSX is quickly becoming the “Boy that cried wolf” story of the supercar world. What’s going on with NSX now?
Advertisement

That’s correct, for all Acura-Torque News NSX supercar fans following the protracted concept through development odyssey that is NSX, the 4 year concept through initially announced release of what Acura refers to as the world’s most advanced, financially attainable supercar, has been scrapped for yet another season.

We are informed by Acura officials, that NSX gasoline/electric sport hybrid may be (possibly) available for retail delivery sometime in the spring of 2016, as a 2017 model.
It’s further noted that the ‘easy’ order format of this very limited high-tech Acura has been sidelined, as the Ohio Performance Manufacturing Center (PMC) tools up to produce this highly complex, mostly hand built supercar; what will undoubtedly be Acura’s next highly sought after collector’s car.

In other news, we find mention of English Cosworth producing the engine block and heads for NSX. Perhaps that's what it will take to hold the twin turbo, 3 electric motor, smart handling all-wheel drive supercar together. We did learn a bit as to how air-flow is moved through NSX for heat exchange and to maximize downforce conversion, pretty heady stuff for a production car, limited or not.

On a personal note, I anticipate the next stumbling block to bringing NSX to market fruition to be the unrealistic base MSRP being touted by the automotive press. Acura’s supercar is not going to hit the road in North America for $150,000, given that the model year continues to move into the future.

It all started for us with this Video

Out of all fairness to our friends at Acura: In their quest to produce a very high-tech, world-class, financially attainable supercar, the patient (future) owner of 2017 NSX may very well be rewarded with a mechanically bulletproof, low maintenance sling-shot- performance car, akin to the original NSX offering; let’s hope so. In reading between the lines as to Cosworth engine components (unsubstantiated) entering the production picture. I believe that the cause of this delay is directly related to the engine.

JeffS wrote on August 17, 2015 - 8:36am Permalink
Hey Parks, frankly just turning out to be a mistake regarding the constant changing release date, pricing and what not. I guess better to get it right, (which I believe they will do, eventually) as opposed to putting it on the market too soon. The mistake lies in, "speaking too soon" on several occasions regarding the above. It turns anticipation into disappointment. From a marketing point of view, it has already put Acura in the position of, "catch up", before it even hits the road. I've mentioned this before, if there is one thing I have questioned Acura/Honda on is their marketing strategies, and this just reaffirms those questions. I know this disappoints you as well, frustrating.
Parks McCants wrote on August 18, 2015 - 11:06am Permalink
I agree Jeff. The marketing strategy for NSX has been abysmal.
Joe in San Antonio wrote on August 17, 2015 - 10:52am Permalink
Parks, you may be right that it's an engine issue for NSX, but given also the delay in releasing info on the 2016 TLX, I wonder if the Marysville plant as a whole is having production issues. Any info on why the delay in releasing 2016 Acura TLX info?
Parks McCants wrote on August 18, 2015 - 11:12am Permalink
Well actually Joe, Acura informed me that the engine change for NSX, from a normally aspirated V6 to the twin-turbocharged engine in mid-development is the cause of delay. As to 2016 TLX, its release date is on track for late fall. If anything is a miss with TLX, it's a (possible)pending change in transmissions.
JeffS wrote on August 18, 2015 - 5:01am Permalink
A thought occurs; I wonder if Acura found some, "Glitches" during their recent shakedown cruise. This is a very, "High Tech" car, sometimes the engineering , particularly on relative new tech., doesn't quite work in the real world as it does on paper. With all Mfgs. painfully aware of the costs of recalls, both from a $ point of view and the negative impact it has on reputation, my guess is Acura found it still has some, "fine tuning" to do. Being Acura, Honda's Halo Flagship I'm sure the #1 priority is to get as close to, "Perfection" as possible. Just speculation.
Parks McCants wrote on August 18, 2015 - 11:13am Permalink
I believe you're on the right track JeffS.