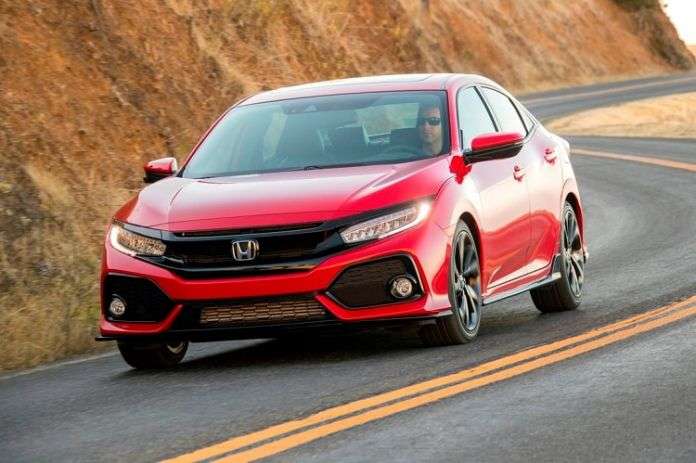 Honda Civic Owners report strange goings on in the night

Here's a clue: With wireless technology comes a bit of a learning curb for 10th Generation Honda Civic owners. Is your car’s electronic system glitchy? Or is it simply a case of user awareness, or a lack of it.
Advertisement

I appreciate the convenience and instant gratification afforded by today’s modern automotive electronic key fob. This mainstay accessory has morphed from a rather simple remote signal door unlocking device to a handheld microcomputer, capable of preheating, starting, or stopping most premium cars from the comfort of one’s home or office. My key fob helps me find my car, lost in a mega-sized parking lot. I’m working on parking space consistency, in case I lose the darn thing -- my key fob that is.

Is your latest Honda Civic equipped with a keyless ignition?

It’s all very cool stuff until it glitches, or you do. Honda is a forerunner in what’s referred to in the auto industry as “up-trimming.” In layman's terms, this is where an automaker integrates features into entry level, or sub-premium class cars and light trucks, that in the not too distant past, were reserved for premium, or luxury cars and SUVs.

Such is the case with the 10th Generation Honda Civic

Back to those reports of strange goings on in the night: Last year, while reviewing Honda’s exceptional Civic Hatchback Touring, I noted a strange occurrence or two. One morning, on approaching Civic Hatchback Touring, I noted a partially opened sunroof and both 2nd-row side windows. I’m anal when it comes to locking a press car, I was sure of it. Weeks earlier I’d left a sunroof partially opened on a Summer evening -- surprisingly, it rained that night. Lesson learned I was darned that I’d do it again. Yet there it was, a partially opened Honda Hatchback. Was I losing it?

That morning I was scheduled for a photo shoot, featuring 2017 Honda Civic Touring Well, no harm was done that balmy Summer evening. So, I depressed the e-brake, toggled Civics CVT into reverse, and headed off to Autzen Stadium. My Honda Hatchback drove on without a hitch that day. Yet I still pondered the mysterious window roll-down. How, why and where crossed my mind. What was I missing?

Shuffling through my minds trivia hard drive, I was reminded of a key-fob related glitch of sorts when experiencing the reinvented Honda Odyssey -- I’d experienced an unintended engine shut-off in a keyless-ignition equipped Odyssey in Kona. Honda engineering had no explanation for the engine shutdown at that time. Could it all be key-fob related?

I turn to Consumer Affairs for a possible answer

Honda, the 5th largest automaker in the United States has very few Honda Civic related consumer complaints listed here. However, there it was, a complaint, or more accurately a warning from a well-meaning Canadian 2017 Honda Hatchback Touring owner.

Else of Dartmouth NS tells us: “We purchased a brand new, 2017 Honda Civic Turbo Sport, electric push start, in July. It was a great car - completed all the surveys from Honda favorably. September 1st we had our first problem. We went out first thing in the morning and the sunroom was 1/2 open and all 4 windows were 1/2 down. We didn't leave the windows down. We thought someone had broken into it. I notified the sales rep.”

Else writes on: “A week later on Sept. 7th, my husband walked the dog around the car; all windows were up, key fob in the HOUSE. The next morning was pouring rain, and yep, all 4 windows were down and the sunroof wide open, car soaked. The real nightmare was trying to get the dealership to help, with drying out the car and to find out what was wrong with the car. Unbeknownst to us, this is a common problem that Honda has known about since 2008, according to the service manager.”

And then? “We were given the line that if you put the key fob in your pocket, "something" could press the Unlock button, and cause the windows to go down and sunroof to open. We bought an extended warranty, and neither the regular warranty nor the extended one would help us. We were blatantly told it was our fault, and this was an insurance claim, and with the $500 cost to dry out the car, $50 for diagnostics charge, and however much for a rental car (oh, we couldn't get an appt. until Monday as it was the first day of school and a lot of people had booked time off!), we're looking at over $1,000.”

The final solution: “We ended up calling another dealership, and we got the car in on Friday - the next day. They were helpful, sympathetic, and hooked the car up to diagnostics - for free. They also put the car in their detail shop and did some work on drying out the car (there was an inch of standing water in the cup holders, so you can imagine how much rain got in there). In the end, they couldn't find a problem with either the key fob or the car, but the change in attitude more than made up for what we went through with our original dealer.”

Elsie’s kind warning: “So, a word of warning - if you have a Honda Civic, DO NOT put the key fob in your pocket or purse. If you believe Honda, something could hit this button and make your windows go down on their own. Goodness only knows where you're supposed to carry your "keys" if the fob is that sensitive.” Thank you, Elsie.

With all new equipment comes an operating procedure learning curve. Your modern car or light truck is a computerized driving marvel. While I do agree that Honda Dealers should spend a few moments acquainting customers with the intricacies of their new cars, inevitably, familiarity with the product is the responsibility of the end-user. Heck, I’ve locked my key fob in the car with the engine running. That was an expensive lesson. For more details on your Honda Civic, check this out.

Tesla Contemplates A New Strategy for China Retail even As Sales Boom
Jay Leno on Elon Musk & EVs: “I Think He Should Get ... Credit"
END_OF_DOCUMENT_TOKEN_TO_BE_REPLACED