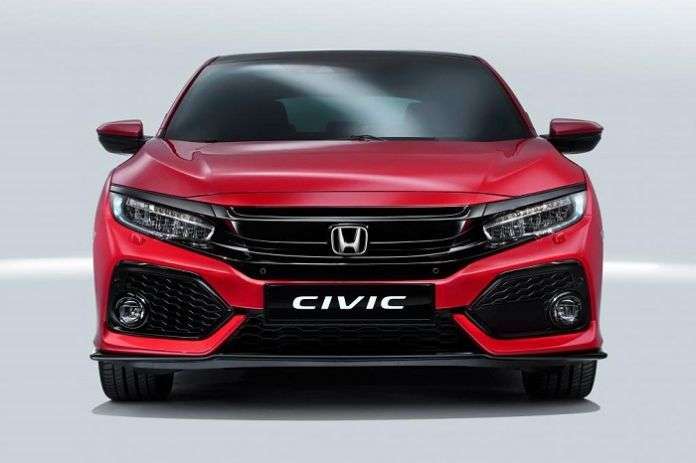 Honda’s most fuel efficient 2018 Civic Hatchback is not sold in the U.S.

This week in Honda News: The market arrival of Honda’s most fuel-efficient Civic Hatchback is announced in Great Britain. Representing the next generation of the world MPG record holder, the final variant in Honda Motors Company’s 10th generation Civic lineup, will not be sold in the U.S...
Advertisement

We that follow the Honda brand recognize the Tokyo headquartered industrialist, as a world-market leader in the production of small displacement gasoline engines, generators, snow blowers, garden rototillers, scooters, motorcycles, cars, and light trucks. In fact, Honda is the world’s largest manufacturer of internal combustion engines, and motorcycles. It’s also Japan’s 4th largest automaker, and number 5 in the United States, with Accord, Civic, CR-V, and the Odyssey minivan, posting segment-leading sales growth.

The Honda brand is recognized in the United States as a leader in fuel efficiency, durability, and long-term low cost of ownership. Yet, there’s one engine technology that Honda does not present in its North American lineup, a majority automotive propulsion preference in Europe and beyond.

While the 1.5 Liter direct injected and turbocharged 4 cylinder VTEC gasoline engine powers the most fuel-efficient Honda Civic variant sold in the U.S., Europe’s MSRP Guinness Book of Records holder finds its motivation from yet another petroleum distillate - Diesel fuel. As announced today in Great Britain, the final, and newest Civic Hatchback variant to roll off of the assembly line in Swindon, is i-DTEC diesel engine powered, and manually shifted -- something you won’t find in the United States. Read the British announcement here.

While Diesel is not dead in the U.S., Honda will have nothing to do with it

Looking to the E.P.A. approved Diesel powered car list for 2018, only 11 nameplates from 5 makers make it into the U.S. The reason for this goes well beyond Diesel Gate, although that presents a major hurdle in Diesel powered car and light truck marketing. At best, according to the #1 importer of Diesel power to the U.S., JLR (Jaguar, Land Rover,) diesel motivates less than 15% of light truck, and 9 to 10% of the maker's car sales in North America -- that’s a very small niche market.

From where I sit, the closest competing brand offering to Honda Civic Hatchback is the Chevrolet Cruze. And although it’s available in Diesel, I’ve yet to encounter one on the sales lot or the road. In other news, it’s forecasted that due to heightened air quality mandates, Diesel is effectively dead in the United States by mid-decade 2020. In automotive development time, that’s tomorrow morning. looking for extreme Civic Power?

Unlike Europe, where 40+ percent of all passenger cars run on Diesel, U.S. consumers prefer unleaded gasoline. This long-running trend in the U.S. stems from retail fuel availability, stringent EPA mandates, and mainstream multiple-model-common-line auto manufacturing production and promotion. With 377,286 Civics sold to U.S. consumers in 2017, Honda’s bread and butter transportation conveyance sets yet another record year without a Diesel powered variant.

Beyond higher fuel efficiency afforded by high compression, low displacement Diesel engines, lays an exhaust emissions particulate concern. Honda sees a viable future in electrification, as demonstrated through Clarity and Insight, a hybrid electric compact sedan that will come off the same production line as Civic and CR-V. I anticipate the application of Honda’s 2 electric motor hybrid system to Honda Hatchback sooner than later -- its 50+ MPG rating will render Diesel mute in the U.S...