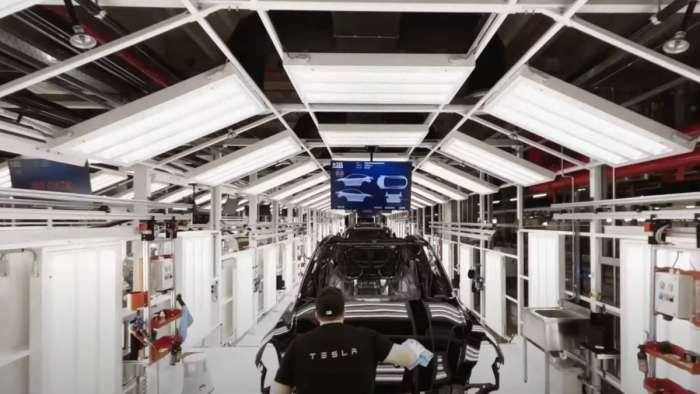 We have an indication that Tesla production and deliveries might be higher than what analysts are thinking, despite a near week shut down in Giga Shanghai. Let's go over the numbers.
Advertisement

Due to Giga Shanghai having nearly a week shutdown, most analysts and those who estimates Tesla deliveries and production numbers are lowering their predictions. Giga Shanghai has still grown quite a bit and is providing the majority of Tesla's production.

We have a pretty good idea of what Fremont will produce, and the two wild cards are Giga Berlin and Giga Texas - but they won't have much of an impact - if any - for this quarter. However, for next quarter, we should gain a lot of knowledge from how Tesla is ramping production from those two factories.

If we have production and delivery numbers from Tesla that beat expectations, then it just means that we took too much of a drop in estimates than what actually happened. If the numbers come in as expected or lower, then we will know that the down time from Giga Shanghai played a significant role.

Let's look at what Tesla Daily YouTuber, Rob Mauer, thinks the numbers will be?

He also has a total production prediction for Fremont of 131,585. If you just use these two items, you get a total of 313,794, which is about a 3% increase from last quarter. Not bad with delays in Giga Berlin and shut down days for Giga Shanghai.

Rob also thinks Tesla will decrease their inventory and because of the lock downs in Giga Shanghai, deliveries could be slightly higher than production. We could see a delivery number of 312,294.