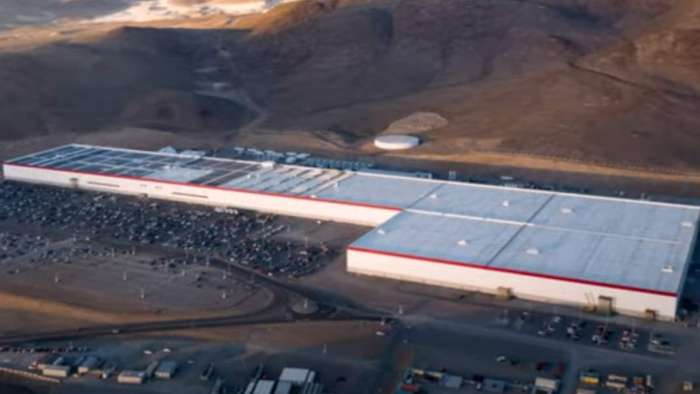 What Tesla Wants from Canada as an Incentive for a Gigafactory

Tesla wants to build a Giga factory in Ontario, Canada, but in order for that to happen, Canada is going to have to offer Tesla a very important incentive. Let's see what that is.
Advertisement

What Tesla Wants from Canada as an Incentive for a Gigafactory

Tesla is lobbying the Ontario, Canada government in order to get permission to build a Giga factory there. This comes after Elon Musk hinted at building a factory in Canada at the latest share holder meeting.

Last Saturday, Torquenews reported that Canada could be the latest location for its next Giga factory. Tesla just wants a quick approval process as an incentive.

Last June, Electrik obtained a recording of a company wide meeting with Elon Musk and it was confirmed then that Canada was a possible location.

There is a new lobbying disclosure that Tesla has had to disclose that reveals that Tesla is engaging with the government of Ontario, Canada, in regards to possible incentives for an advanced manufacturing facility.

Tesla Wants an Incentive to Build Their Factory

Tesla wants an incentive to build their factory - wherever the next location is, and I don't blame them. After the lengthy approval process with Giga Berlin, Tesla is on the offensive now looking to get fast approval so they can get their factory up and running as fast as possible without delay.

Tesla will likely take a quick approval process and an ability to quickly build the factory as their top incentive for their location. Even though Giga Berlin was built in record time according to German standards, it was still slow for Tesla. Ontario, Canada, should cater to Tesla's incentive demands because it will heavily boost the economy of Ontario, Canada, and create a ton of new jobs.

In regards to Tesla's filing that they had to disclose, this is what they wrote:

Engage with the government and its agencies to identify opportunities for industrial and/or advanced manufacturing facility permitting reforms with the intent to increase the competitiveness of Ontario and its ability to attract capital investment through establishing approvals time frames that are competitive with high-growth manufacturing locations in North America, while also working with government to identify or align incentives programs that could further increase the attractiveness of Ontario for industrial and/or advanced manufacturing investment.

Tesla is learning from the past and this is good. They also don't have a factory anywhere in the Eastern United States or Canada, and Ontario, Canada, makes a lot of sense. For this factory to get built, it all comes down to the permit experience and how quickly Tesla can get the permits to build its next Giga factory - similar to Giga Texas. Let's see if Ontario, Canada, is willing to work with Tesla and helps them get through the approval process quickly.

What do you think about Tesla lobbying for a Giga factory in Canada? Will Tesla end up building a factory there?

Jane McNamara wrote on August 9, 2022 - 8:58am Permalink
Elon IS WEF NWO and should NOT be trusted HE has DEEP ties to Communist China AND lithium batteries ARE death! Jane