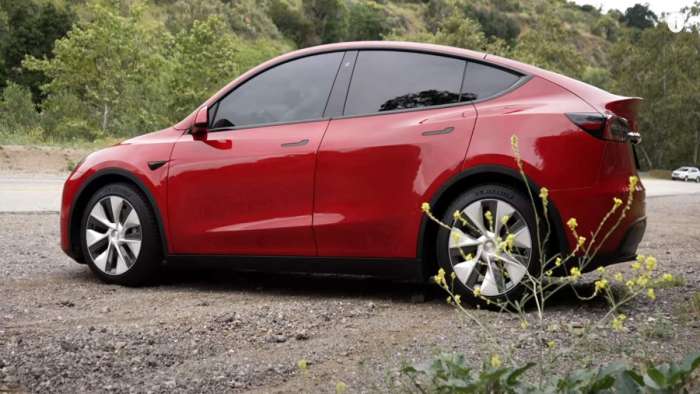 The Truth of the Model Y After 2 Years

We have an owner of a 2 year old Model Y who gives his experience after his two years of ownership. This is good for anyone thinking about buying a Tesla Model Y.
Advertisement

The Truth of the Model Y After 2 Years

This Tesla Model Y owner has had a Model Y for 2 years and is doing a breakdown of their experience with the car. The price since the purchase in early 2020 has sky rocketed. He has a long range Model Y which for the most part, is the same car.

Current wait times for the Tesla Model Y are about 10 months and going into March of 2023. With such a large price tag and long wait, why do people want this car? There's been news of people saying Tesla build quality is bad and what not, so what is the truth?

The drive experience is amazing. You sit up high and get a good view of the road. His car goes 0-60 mph in 4.8 seconds. It makes it easy to merge on the freeway or do any aggressive move. The speed is incredibly smooth and there is no jerky motion.

Accelerating is very smooth. You just glide when you get to the speed you want. You have AWD which gives you the power you need in any situation. Regenerative breaking makes one pedal driving a reality most of the time. The car breaks when you take your foot off of the accelerator and you eventually get used to it.

Auto pilot is another feature of the Model Y and helps your car drive on the freeway. On most freeways, the Model Y will drive for you without issue. This user has driven from Washington State to Arizona or Los Angeles without any problems. You still have to pay attention and be ready to take over, but for most of the time, the car does it for you. It's not perfect and sometimes gets to close to other cars in lanes or breaks for no reason.

FSD (full self-driving) is a way for the car to drive on city streets. It's currently for $12,000 or you can subscribe for $199 per month. Right now, FSD is a little too expensive, but may be worth it in the future when the feature is more accurate. You can also buy FSD at any time after you get your car.

The ride quality of the Model Y that is two years old is a little bumpy. The newer Model Y's aren't as bad, but there is still a bumpy ride. Swapping from the 20 inch to the 19 inch wheels made a big difference. You feel big bumps and rough terrain much more than other cars. The Model 3 is a much smoother ride.

The Model Y is a crossover SUV and has a ton of cargo space. There is a large trunk and a storage compartment under that. There are two sizeable side cubbies and a second smaller understorage apartment, a front trunk and storage under the seats. The seats can also fold to make a flat back of the car. The roof slopes down in the back, but the roof can stop what is getting put in. It feels like a larger Model 3.

The sound system is great in the Model Y, next to the refreshed Model S. You can adjust the eq of the sound or turn on immersive sound for a more immersive sound experience. Leaving things on normal settings is usually good enough. Road and wind noise can cause a problem with single pane glass. Newer builds have double pane glass and have done a better job solving this problem.

Tesla service is another aspect of owning the Tesla Model Y. Tesla cars have improved in build quality. This owner's car was in the first 2,200 and there were some issues, like thinking the trunk was open, forcing the owner out of auto pilot. The owner counts on at least one Tesla service appointment to address issues. Another issue was a full battery replacement where there was an issue with the battery due to an issue with it. It's not a common issue though.

Safety range & charging are the final aspects of the Model Y. The Model Y has 5 stars in safety from multiple websites, including NHTSA. There is data of crash tests that show the safety of this vehicle. The range of the vehicle is quoted at 330 miles. If you drive at faster speeds or accelerate quickly, the range won't be that much. Most of the time, it isn't an issue and even with real world range at 250 to 280 miles, it's plenty of range.

What do you think of the Tesla Model Y? Is this a fair review after 2 years?

Uneed Tohyreaneditur wrote on May 2, 2022 - 1:08pm Permalink
"Breaking?" "Another issue was a full battery replacement where there was an issue with the battery due to an issue with it." "You can open your trunk and do a wide variety of things with the Tesla app with your car."
Richard Kraft wrote on May 4, 2022 - 12:11pm Permalink
I agree with Uneed—you need an editor.
Dave wrote on May 7, 2022 - 10:43am Permalink
If "The car breaks when you take your foot off of the accelerator", why would you buy a car that's always broken.