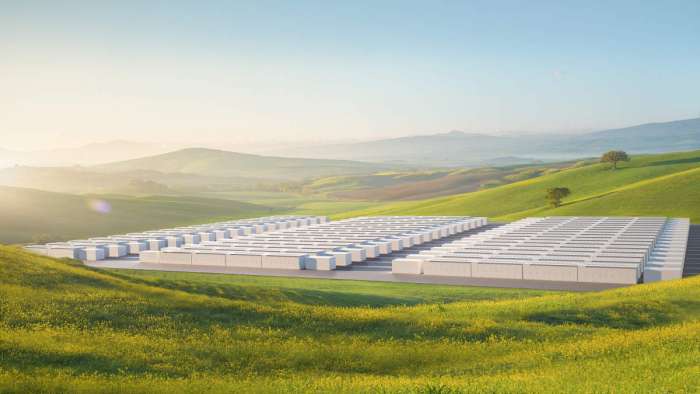 Tesla has a Megapack factory in Lathrop, California and this factory could generate up to $20 billion in a couple years time for Tesla. Let's see why this is so important.
Advertisement

Tesla is building a Megapack megafactory in Lathrop California and this factory will generate $20 billion in revenue for Tesla starting next year. And this is just the beginning for Tesla's energy business.

We have a video from Warren Redlich that talks about Tesla's megafactory, which will build Tesla Megapack's, which will be used to power homes, cities, and more. The amount of revenue this will generate is much more than most people realize.

Tesla Megapack is like Tesla Powerwall, except it is a LARGE collection of battery storage like a multitude of Powerwalls all collected together. The Megapack factory has an address in Lathrop, California and is close to Tesla's Fremont factory.

Tesla is planning on creating 40 GWh of Megapacks. Tesla has also updated their website to allow one to order LFP batteries in a Megapack XL. This is a big deal because it frees up the Nickel based batteries for more important projects like highly performant vehicles. These batteries will also last longer and are well suited for stationary energy storage.

Tesla's changes to its Megapack specifications on its website show they they have made improvements. The capacity has increased by about 50%, from 2.6 MWh to 3.9 MWh. The Megapack is also heavier due to the more dense batteries being used (by about 33,000 lbs.). The size is also larger.

The LFP batteries are probably coming from CATL in China, according to rumors. When you go to order a Megapack on Tesla's website, you can order up to 1,000 of them. Each one has 3.9 MWh and you would get it in 2024. Tesla has a huge backlog!

If Tesla is able to deliver 10,000 Megapacks and do 40 GWh in the next couple years, That will be about $20 billion in revenue.

What is Tesla's cost per Megapack. According to Warren, it could be about $400,000 for the cells. This is the biggest cost component of the Megapack. Maybe the total cost if $1,000,000. That would mean a 50% margin and that would mean a 50% profit margin of $10 billion in a couple years. Tesla may also be able to get better pricing in the future as more and more Megapacks are made.

What do you think about Tesla's Megapack? Will this be an important part of the business?

For more information, see this video from Warren Redlich: