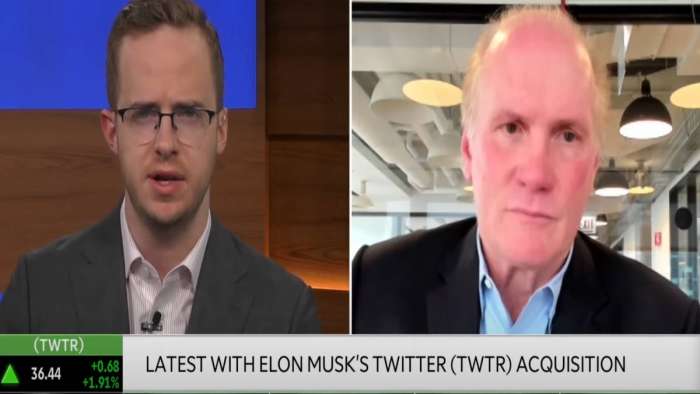 Tesla stock has been repressed lately, largely due to the Twitter acquisition, causing hesitancy with investors. Gary Black, a Tesla bull, thinks Tesla is worth double what it is today and cites fundamentals as the reason why.
Advertisement

What makes Tesla such a valuable company? I think it's because they are best in class for EVs (electric vehicles), batteries, energy storage solutions, and the most cost effective, most performant, and most safe vehicles on the market today.

Gary Black, a Tesla bull with a wall street background is a good bridge between retail investors and wall street investors. He helps see how wall street thinks. Tesla is down 43% since Elon Musk decided to go after Twitter. Most indexes are down around 15% to 20%, which is much less than the decline of Tesla.

At some point, Gary thinks that Elon Musk is going to walk away from the Twitter deal - or he is going to negotiate with a lower price. Given the market turmoil and lowering of stock prices, as well as the many bots on Twitter, I think it's very likely that Elon Musk will renegotiate the deal.

When this happens, the overhang on Tesla shares will go away, especially if Elon doesn't need to use any margin to pay for the acquisition of Twitter.

Elon Musk has a very clear obsession with the truth and justice. Twitter could fight Elon Musk on the truth - especially on their bot data, but I don't think Twitter would win. I see the bot number being more around 20% to 25% for Twitter and that is much more than the 5% Twitter has stated.

Elon Musk has all the power in his current negotiation with Twitter. Gary thinks there is ultimately going to be a settlement between Elon Musk and Twitter. Once this happens, there is going to be a focus back to the fundamentals of Tesla.

Tesla has many things going for it. Giga Texas and Giga Berlin are opening and ramping up production. The Tesla Cybertruck is going to be released next year. Tesla FSD is continuing to improve and all signs point to it being better than an average human driver by the end of 2022.

Gary says there is 6.6% adoption of EVs and that will eventually get to 60% by 2030. This is a very conservative estimate. If anyone is making a gas car in 2030, it would make little sense for anyone to buy this.