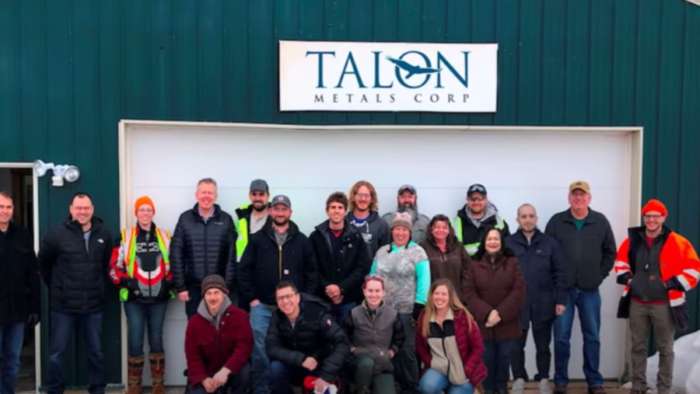 Tesla has just signed a 75,000 ton battery deal with Talon for its 4680 battery cells. This is a large deal and is another step for Tesla in acquiring the huge amount of raw materials it will need for its auto and energy business.
Advertisement

Tesla will buy 75,000 tons of nickel over 6 years from Talon. Tesla also agrees to buy cobalt and iron ore from Talon. It's enough nickel for 1.6 million vehicles over 6 years. This will help Tesla produce more vehicles and use 4680 battery cells.

Reuters reported that Tesla has signed its first nickel supply deal. Talon is a raw material miner located in Minnesota in the United States. There are plans by Talon to make the materials in a way that is more environmentally friendly.

Tesla expects the price and scarcity of nickel to increase over the coming years as nickel becomes more of a scarce and demanded resource. Electric vehicles are going to become main stream.

This is an innovative partnership between Tesla and Talon for Talon to be responsible for batter materials directly from the mine and then put in the battery cathode.

Talon commits to meeting the highest standards for responsible production and has the lowest CO2 footprint in the mining industry. This is one of the likely reasons that Tesla chose to partner with Talon.

Under the terms set out in the agreement, Tesla has committed to purchase 75,000 metric tons, which is about 165 million lbs. of nickel in concentrate, representing a portion of the metals projected to be produced from the Tamarack Nickel Project.

Tesla also has a preferential right under the agreement to negotiate the purchase of additional nickel concentrate over and above the initial 75,000 metric ton commitment.

Because the initial nickel will help produce 1.6 million vehicles, I believe Tesla will likely take advantage of the right to negotiate the purchase of additional nickel. Tesla will need a lot more vehicles.

The term of the agreement is six 6 years or until a total of 75,000 metric tons (165 million lbs.) of nickel in concentrate has been produced and delivered to Tesla.

Talon will use commercially reasonable efforts to achieve commercial production on or before January 1, 2026 at the Tamarack Nickel Project, which may be extended by the agreement of the parties for up to 12 months following which Tesla has a right to terminate the agreement and Talon may elect to sell to other parties.

The purchase price to be paid by Tesla for the nickel in concentrate will be linked to the London Metals Exchange (LME) official cash settlement price for nickel. The parties have also agreed to share in any additional economics derived from by-products extracted from the nickel concentrate, such as iron and cobalt.

This is a great deal and there is going to be more and more of these partnerships between Tesla and other raw material miners. The big question I have is, what are the other legacy auto makers and EV startups going to do for the raw materials for their batteries? Where are they getting their supplies?

Will this deal help Tesla get more 4680 battery cells? Will Tesla increase the amount of nickel it gets from Talon? Are there more deals to come after this?