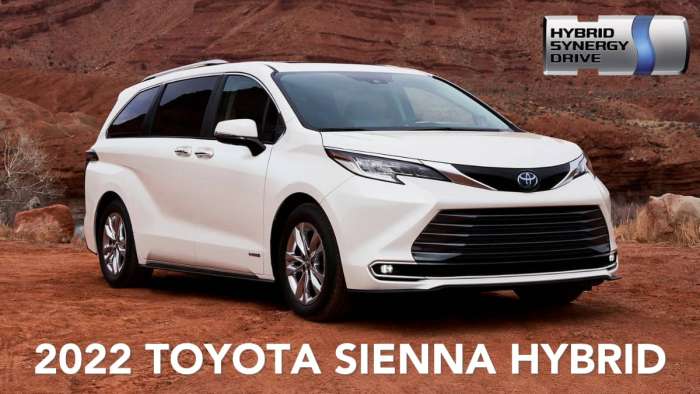 Toyota is the leader in hybrid vehicles, so why are they still using ancient battery technology? Here is what we know.
Advertisement

Toyota plans on having all of its vehicles in a hybrid form by 2025. Included in the 2021 model year is the Toyota Sienna Hybrid option. Toyota now only offers Sienna in a hybrid choice but with or without AWD-e (all-wheel drive, electric).

As an avid hybrid owner and a family man, owning one of these new hybrid vans is a no-brainer, other than a tiny issue. Toyota is still using NiMH battery tech. While this is frustrating, all hope is not lost. I believe I know why Toyota uses it still and why you should feel good about getting one.

Why Toyota Still Uses Ancient NiMH Battery Tech
The term "tried and true" rings throughout the halls of Toyota. Another common saying is, "if it ain't broke, don't fix it.' This is a mantra that Toyota has used for eons when building and developing vehicles. The thing is, it works for them even though it may keep them from branching into other markets. 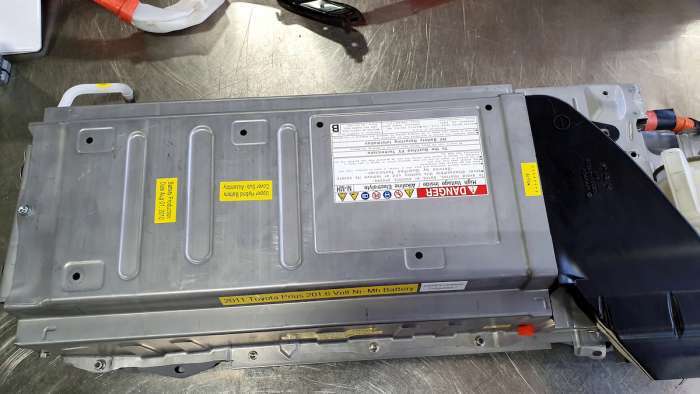 Even though NiMH battery tech is over 30 years old, Toyota has a ton of data supporting its use and lifespan. Data tells us everything we need to know about forecasting and longevity of a vehicle and what to expect as far as warranty.

If you have not read about Toyota updating their hybrid battery warranty, it is now 120 months/150,000 miles and only applies to these CA Emission states CA, CT, ME, MD, MA, NJ, NY, OR, RI and VT.

Conclusion
The fact that Toyota is still using NiMH is fascinating to me. The tech is proven, and it is safer than lithium-ion or polymer. Thermal runaway does not happen with NiMH, and safety is a big thing for Toyota.

Toyota also uses NiMH because it is predictable. They know that most people will outlive the warranty on the battery or trade the vehicle in within 5 years. It is all about the data.

NiMH for Toyota also has a more substantial fixed cost. They have used it so long and refined the tech that it is easy to get costs dialed in for the end product.

Overall, Toyota uses NiMH because they know how to keep their business running with their data from decades of research.

That is all for today. Thank you for reading. Remember, today's adventure is tomorrow's story, have an adventure today.

Take a look at this recent Toyota announcement about their partnership with battery maker BYD.

Aaron Fowles wrote on December 2, 2021 - 9:32am Permalink
Certainly we keep using NiMH batteries because they have been a hallmark product for our hybrid electric vehicles. However, your article seems to imply that the technology is old and outdated, when, in fact, we have continued innovating in this space and have started using a completely new NiMH battery in our vehicles. An example is our latest Aqua, a vehicle not sold in the U.S., but the battery used in it could hypothetically make its way here in other vehicles. The new Aqua is equipped with a high-output bipolar NiMH battery. Bipolar batteries are advantageous because they have a greater active surface area with a lower resistance, allowing larger current flow and increased output. These changes mean improved accelerator response and better, more powerful acceleration from low speeds. Of course those aren't the only advantages: the new bipolar battery will also help extend the drivable range. Finally, when looking at the new bipolar battery vs the previous NiMH batteries we were using, the new battery is designed to deliver 1.5 times greater output per cell. This means you can offer the same level of output with less cells, or you can keep the pack the same size and have much greater output for the vehicle. While it might seem stale and no longer current with a lot of other OEMs making vehicles with Li-ion, there is something to be said about the safety and reliability of NiMH and the ability to continue to innovate and improve these types of batteries. It is precisely because of our long experience in this technology that we are able to keep using and improving them.
Peter Neilson wrote on December 2, 2021 - 5:56pm Permalink
I certainly cannot deny that Toyota is a company that bases their decisions after looking at the research and data that comes from their vehicles. LiFePo technology should certainly be considered as a viable option to Li-Lion or NiMH because of what Project Lithium is proving right now. My article does point out that NiMH is old tech I cannot deny that but Toyota has also been very quiet about improvements made to NiMH technology. I am actually surprised that someone from corporate is replying to this article. I would love the opportunity to learn more about how Toyota is innovating and improving NiMH. I can see that you are saying 1.5 times better output from them, I would love the opportunity to see the improvements and help people understand why Toyota is the leader in hybrid technology. I am constantly trying to get more information on the improvements that Toyota is making all the time with hybrid tech and how it is one of the best ways we can proceed forward with the future of transportation. Happy to discuss this further with you.
John Goreham wrote on December 2, 2021 - 2:37pm Permalink
I'd rather have a NiMH battery in cold climates. But that's just me.
Peter Neilson wrote on December 2, 2021 - 5:23pm Permalink
With the recent development of the LiFePo battery from Project Lithium NiMH is an inferior tech. LiFePo has proven itself in cold climates over the past 7 years under cold testing duress. NiMH is certainly a good tech for durability no doubt but time is now proving there are other viable options.
rjparker wrote on December 2, 2021 - 11:16pm Permalink
All states now get the 10 year 150,000 mile hybrid battery warranty. Per Toyota "Starting with the 2020 model year, every hybrid battery warranty is being increased from 8 years or 100,000 miles, to 10 years from date of first use, or 150,000 miles whichever comes first."
Steve Grant wrote on December 3, 2021 - 6:23pm Permalink
But there must be some fine print about percentage of original or rated capacity over time to qualify for warranty coverage.
Rjparker wrote on December 3, 2021 - 8:11pm Permalink
There are specific codes required. At that point Toyota replaces with new. Normally thw batteries easily make 150,000 miles which has been available for many years in the Carb states.
Stevo wrote on December 3, 2021 - 2:59pm Permalink
"The term "tried and true" rings throughout the halls of Toyota. Another common saying is, "if it ain't broke, don't fix it.'" True words for sure. It is this lack of innovation that will drive Toyota out of business as the auto industry turns to EVs. Tesla is on the road to business success while Toyota is on the road to bankrupty. But yeah, they're good at "tried and true."
Steve Grant wrote on December 3, 2021 - 6:21pm Permalink
My '09 Escape Hybrid has about 170,000 miles on it and still gets as good mileage as when I bought it. Mileage would be reduced by lower capacity of the battery pack because I commonly exceed the battery's capacity limits. The battery is NiMH. So unless the battery had capacity initially set aside to be used as the battery ages, to maintain performance, the battery has not degraded. I note that occasionally and automatically it performs a "conditioning cycle" on the battery, which I sometimes notice happening but know little about. Whereas I understand Lithium-ion batteries lose capacity over time whether they are used or not.