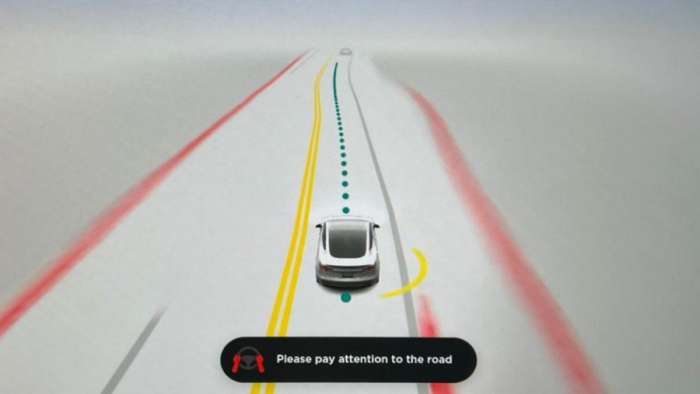 Tesla Safety Features Make Its Brand a Cut Above the Rest

There was recent news of just how important Tesla's safety features are, including the safety features for full self-driving (FSD). Elon Musk agreed that safety is most important and Tesla is making sure that anyone using the FSD Beta has strict rules to follow in order to use it.
Advertisement

Tesla Safety as a Brand Differentiator

Tesla is well known for having the most safe cars you can buy. In fact, we wrote about the safety of Tesla vehicles.

With the eventual widespread use of autonomous software for vehicles, and the eventual transition and saturation of electric vehicles, Tesla needs something that differentiates it from its competitors. And that features is safety. Everyone wants to be safe while they drive and know that the car they are driving has been tested in a variety of scenarios.

You can read this report of the safety of the Model S, Model X, and Model 3 vehicles as tested by NHTSA. NHTSA is the National Highway Traffic Safety Administration. They are considered the standard by which vehicles are judged by today. Tesla had the top 3 safest vehicles according to that NHTSA report. Safety matters and Elon Musk focuses heavily on it.

What are the Safety Features of FSD?

Tesla vehicles are engineered to be the safest in the world. Each one combines powerful onboard technology with an all-electric design to help protect every driver, passenger and pedestrian on the road.

Design From the Ground Up

Eight cameras provide 360 degrees of visibility while twelve ultrasonic sensors can detect both hard and soft objects, including surrounding vehicles.

Active Safety Features for Every Tesla

Lastly, there is thermal protection in the unlikely event of a fire:

In the rare case of damage, Tesla battery packs are designed to spread heat away from the occupant cabin and battery, helping to prevent fires and protect occupants. From 2012 to 2020 in the US, Tesla vehicles were approximately ten times less likely to catch fire per mile driven compared to average gas vehicles.

You can view more information about accident reports for Tesla vehicles on Tesla's website.

Tesla Safety Features for the Future

Tesla won't stop with its current safety features. I believe more and more is going to be done to make Tesla vehicles the safest vehicles you can buy and ride in. That includes making the frames of the cars stronger and more capable of withstanding a collision. There has been reports of people surviving crashes and the reason that they did so was because they were driving a Tesla:

⁦@WholeMarsBlog⁩ Our first Tesla bought in 2013 was totaled in a rear end high speed hit on 118 Freeway in 2015. Car saved us. Became a “diehard” Tesla fan. Bought 5 more Teslas ever since in the family and have been munching on Tesla stock all the way through 2020. pic.twitter.com/3fJAd3gWq7

Of course, if you are driving 90 miles an hour and run into a tree, I don't think there's much Tesla can do to prevent an injury or more in that situation - at that point it's on the driver to take better care of things. But I'd say the first thing Tesla will continue to do is do safety tests and look for more ways to strengthen the frame of the vehicle overall and minimize impact.

The second will be continued advancements in safety features. Right now, FSD may not notice a construction sign. I saw a video of Rob Mauer from Tesla Daily driving with FSD Beta and at the beginning of the drive, the car was headed toward a construction marker. As the neural net gets trained and becomes better at what it does, the car will be able to see and recognize situations and avoid them. The car already has numerous safety features to help the owner of the car avoid an accident.

Lastly, besides the frame of the car and the neural net being trained to better recognize dangerous situations, Tesla will keep improving its safety score and helping other drivers learn to drive better. Bring a safe driver is really more about driving defensively and avoiding situations that would be dangerous. For the most part, that is avoiding close following, unintended acceleration, fast turns, and anything out of the ordinary while driving.

What do you think of Tesla's safety features? Are they what differentiates Tesla from other auto makers? Or does Tesla have many other things besides safety that makes Tesla stand out?

LG's New EV Battery Plant Is a Welcome News for Tesla
Tesla Giga Berlin's New Hurdle: It's Not Only the Gov't, but Now Tesla Itself
END_OF_DOCUMENT_TOKEN_TO_BE_REPLACED