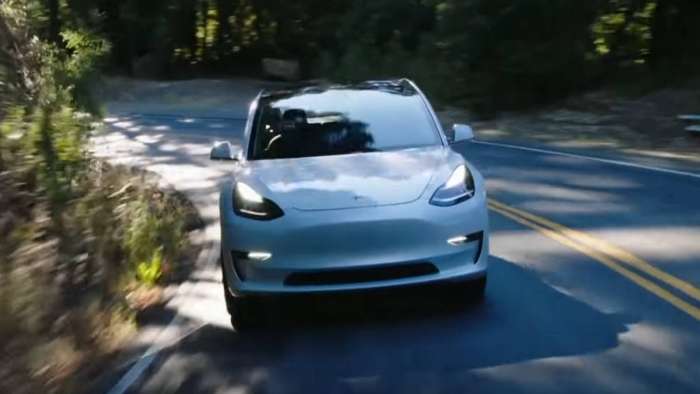 We have news, from Ryan Shaw, that Tesla may stop taking orders for new vehicles due to demand greatly exceeding supply. There is also news of trade secrets regarding Dojo being stolen.
Advertisement

We have some news, from Ryan Shaw, that Tesla is possibly going to stop taking new orders for vehicles. Due to consistent price increases, due to raw material and supply shortages, a Tesla has become out of reach for most people. Will Tesla stop taking orders for new cars? Let's find out.

Tesla has raised prices of the Model Y in Canada along with the price of FSD from $10,600 CAD to $12,800 CAD. Because deliveries are up to a year away, Tesla is raising prices now in order to compensate for the price increases of raw materials.

Regarding demand and delivery timelines, in a new interview with Elon Musk, he said that demand is getting so high for their vehicles that Tesla may have to stop taking orders, due to the long manufacturing lines. Demand is now exceeding production to a ridiculous degree.

Some of the time for new orders is a year or more away. The base Model Y is sold out more than any other car, along with the Model X. I could see Tesla slowing down orders or stopping orders for the base Model Y.

Tesla has also sued a former engineer for stealing Dojo supercomputer secrets. Elon Musk has been talking about this for some time and that it is the fastest AI training machine, designed by the Tesla team internally. The chip is like GPU-level compute with a CPU level flexibility and twice the network chip level 10 bandwidth.

The company also says it discovered Yatskov sending emails with classified Tesla information from his personal email address to his work email. Tesla said this is a case about illicit retention of trade secrets by an employee who committed illicit acts and tried to cover his tracks.

We have two main things then - will Tesla stop offering new orders for some of its vehicles? And will Tesla be able to get its Dojo secrets back from a former employee? We'll stay tuned to see how these two scenarios play out.

Will Tesla stop orders for new vehicles? Will Tesla get its trade secrets back for Dojo?