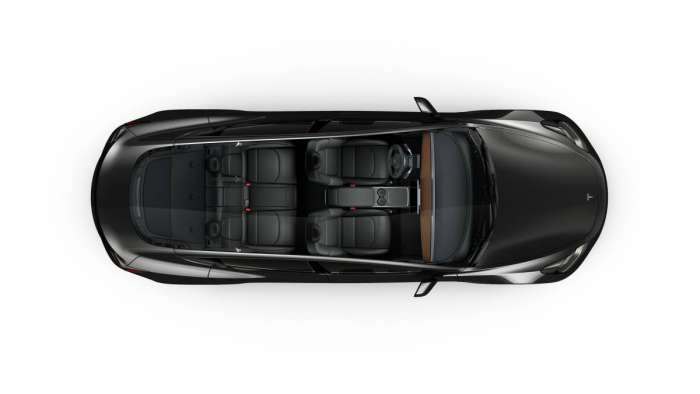 Tesla needs a lower cost model without all the fancy features and without a frunk to be the robotaxi vehicle so that consumers can buy it now and use it as a robotaxi in the future. Here's why.
Advertisement

Tesla currently sells the Model S, Model X, Model Y, and Model 3 vehicles. Each of these is a little less expensive than the other, however, a base Model 3 vehicle is still $46,990, putting it out of the reach of most people. Tesla needs a $30K to $35K Model in order to hedge against FSD taking longer than the next couple years.

A while ago, I wrote about the Tesla Model 2, which would be the end of all EVs. This vehicle has not been made yet, but Tesla needs to produce this model in order to reach their goal of 20 million vehicles sold by 2030. In my opinion, robotaxis won't all of a sudden flood the streets, but it will be a gradual process of proving it out for a few years until it is widely accepted. I still believe by the end of 2023, Tesla FSD will far surpass the average human driver.

This is a great point. Buy side investors ask all the time how $TSLA can get to even 10M global delivs by 2030 without an affordable sedan priced at $30-$35K (belly of the market). May as well do both since if FSD never reaches robotaxi status, TSLA can still get to 10M delivs. https://t.co/eOw2BZ5s61

I think Tesla should produce a Model 2 with 230 miles of range that is about the size of a Honda Fit, using LFP batteries. The vehicle should not be equipped with state of the art sound, and should focus on affordability. If Tesla can do this for 30K, it hedges against FSD taking longer than it should.

Back to the Model 2

Tesla should create this new Model 2, Model H (for hatchback) or Model R (for robotaxi), and make it a small affordable vehicle. It should not even have a frunk, in my opinion, and just a trunk. It should not have the luxury features that the current models do. The purpose should simply be a safe and affordable car and that's it. Tesla could even make it so that it's two door and have the front seats slide forward to get people in the back.

I realize that this would be a step back for some in Tesla's way of making vehicles. My Model 3 RWD is definitely a luxury vehicle that I enjoy driving. I'm grateful for the many features it has. I am fortunate enough to be able to afford it, albeit with a stretch of my budget.

But many people around the world can't afford a $50,000 car after taxes and fees. A $30,000 car would make a lot more sense and would sell like hot cakes. It's going to be a matter of batteries in my opinion. Can batteries get good enough that a 230 mile range Tesla hatchback with reduced features could be made for $30,000? Only time will tell.

Doing this is a hedge against FSD failing, and even if FSD succeeds, these smaller vehicles can still function as robotaxis with the Tesla computer system and cameras in the car. This is also a good strategic move to get investment grade credit rating, which will cause more institutions to buy Tesla's stock.

A hatchback like this would be about 2 feet shorter than a Model 3, weigh less, not have leather seats, and could even be made without the glass roof. Whatever is needed to get a $30K model made that is still safe, but economical is what Tesla should do.

This could be Tesla's robotaxi vehicle. A small, light weight vehicle, that is cheap and easy to produce. It allows consumers to buy it right now and potentially take part in the robotaxi network when FSD reaches level 4.

Should Tesla make a Model 2 vehicle and call that the robotaxi vehicle?

Nate wrote on September 13, 2022 - 11:43pm Permalink
What they need is a normal car. Nobody gives a crap about robotaxis. They need a cheap compact car, FSD be damned.

Tesla Contemplates A New Strategy for China Retail even As Sales Boom
Jay Leno on Elon Musk & EVs: “I Think He Should Get ... Credit"
END_OF_DOCUMENT_TOKEN_TO_BE_REPLACED