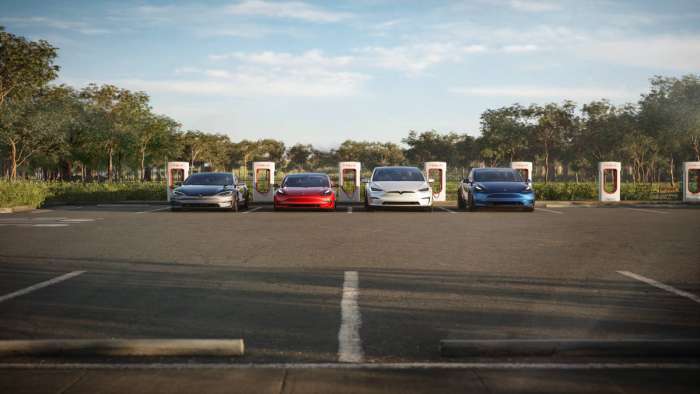 Tesla Growing Faster Than Any Large Cap Company In History

Tesla is growing faster than the 5 largest companies in the world and it's not even close. Let's look at some of the statistics around Tesla and why it is a once in a generation company.
Advertisement

Tesla Growing Faster Than Any Large Cap Company In History

There is data showing that Tesla is growing faster than any company in history. The world has never seen anything like Tesla and the growth is going to keep happening. There is no company that has done what Tesla has since IPO. Let's go over this and what makes Tesla so unique and fast growing.

In an unusual turn of events, main stream media (Bloomberg) had something positive to say about Tesla in writing an article: "In Defense of Elon Musk's Managerial Excellence". This is the world's best corporate manager and there is a picture of Elon Musk with a hat and raised hands in the air.

This Bloomberg article goes on to say: For all the histrionics, from the 2018 tweet "considering taking Tesla private" for which he incurred a $20 million fine from the U.S. Securities and Exchange Commission to smoking weed during a podcast and his latest foray offering to buy Twitter Inc. for about $43 billion, Elon Musk is a pretty good business manager. In fact, the chief executive officer of the world's most valuable automaker has no equal.

There is never a dull moment with Elon Musk. It's as if he is constantly seeking ways to better the world by making chess piece like moves with his companies and now, with other companies. The article went on to say that Tesla is #1 in growth among the largest 10 publicly traded companies, increasing more than 260x to $53.8 billion and sales soaring 71% in the last 12 months.

Tesla is a Leader and Will Be For a While

Tesla's revenue is increasing at a rapid pace, far faster than the world's five largest companies, Apple, Microsoft, Alphabet, and Amazon. It's a good thing Tesla is doing what it is doing because the world is being affected by climate change partly by overuse of fossil fuels and this makes Tesla the vehicle of choice for fleet operators because of minimal fuel and maintenance costs.

Bloomberg mentions that's a big reason why Giga Texas sales growth will be #1 next year at 30% and again in 2024 at 18%. Bloomberg also goes on to say that among the six companies with at least a $1 trillion market cap, none reached $1 trillion as fast as Tesla, which did it in 11 years. For context, it took Apple 38 years, Microsoft 33 years, Alphabet 16 years, and Amazon 23 years. Facebook was in this list, but fell back to a $600 billion market cap recently.

The market says that Tesla is about four times as valuable as the second-largest automaker, Toyota, and worth about 57% of the 10 biggest combined. If you look at this in a different way, Tesla is about 41$ of the total value of the 184 publicly traded vehicle companies worldwide. That is an impressive statistic.

Tesla has a vertical integration strategy that has been critical, says Cathie Wood, founder of ARK Invest. I agree with this. Because Tesla controls so many of its supplies and manufacturing, Tesla can control its cars very quickly with changes without having to work with a 3rd party. It makes Tesla very nimble and fast, whereas other auto makers are very slow to change and make improvements. Remember, Tesla is very agile and makes changes at super speed.

Tesla's revenue, $43.8 billion in 2021, accounts for about 20% of all EVs sold world-wide. This is an impressive statistic because EVs are growing very fast, yet Tesla is maintaining there share.

Will Tesla maintain its rapid growth over the next decade? Will any other companies catch up?