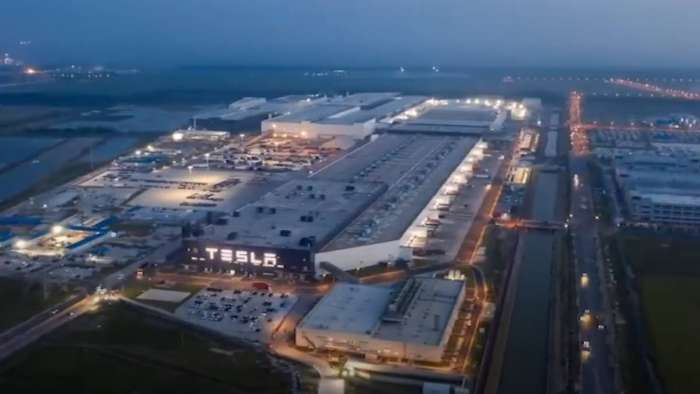 With Tesla Giga Shanghai expanding, what will the new run rate be? How long will it take to get there? Is Tesla going to do any partnerships to help with batteries and production? Let's find out.
Advertisement

Earlier this year, there was an announcement that Giga Shanghai would be expanding and this would happen as soon as next month to double the capacity of Giga Shanghai - according to people familiar with the matter, according to Reuters.

Tesla sent more information to Reuters and stated that the company will build a new plant on nearby land in the same area, which is poised to add an annual capacity of 450,000 cars, including Model 3 and Model Y vehicles becoming the world's largest vehicle export hub.

Once the new plant is fully operational, Tesla will have the capacity to produce up to 2 million cars per year at its expanded Shanghai facility, the company's main export hub, according to the people, who asked not to be identified in discussing still-private plans.

For Tesla to achieve 1 million a vehicles per year in run-rate, the factory will most likely be up and running this year and a 2 million per year run rate is more likely with Giga Shanghai. There are currently battery constraints that limit the number of vehicles that can be produced.

Tesla has said to CATL that they can use as many cells as they can produce. This is a giant customer for Tesla. It takes longer for CATL to ramp batteries than it does for Tesla to produce vehicles. Tesla will continue to use CATL batteries for quite some time, for as long as CATL can produce them.

There will eventually be 4680 batteries in Giga Shanghai, but for now, there will just be prismatic and 2170 battery cells. Tesla Giga Shanghai will use a new FAB. This new factory will be using all the latest manufacturing techniques for vehicle integration and vehicle castings.

We should see vehicles come out of this new factory sometime in the next year. CATL has built another factory next to Giga Shanghai. This facility will be for research into Tesla's newest LFP battery for China. It's no coincidence that CATL is building this factory near Giga Shanghai.

Can the existing FAB's produce a 1.5 million run rate and the new one's another 1 million run rate? That would put Giga Shanghai at about 2.5 million vehicles per year, which a synergistic partnership with CATL. These will include Model 3 and Model Y vehicles for export.

Is a 2.5 million run rate possible in a couple years at Giga Shanghai with its expansion? Will Tesla and CATL still maintain a synergistic partnership?