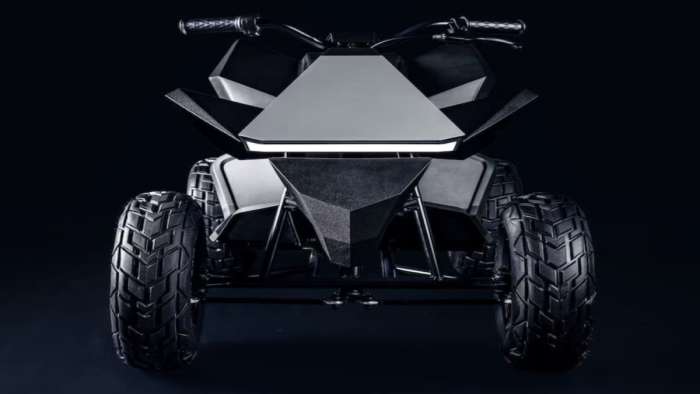 Tesla Cyberquad for Kids Will Continue to Sell Out

The Tesla Cyberquad for kids was just released by Tesla and costs $1,900. With shipping and tax, that's about $2,100. This is going to continue to sell out and could sell millions of units. Why did Tesla release this? We'll answer this and much more.
Advertisement

The Tesla Cyberquad for Kids

We just had out first report of the Tesla Cyberquad for kids. This was released suddenly by Tesla and you may be wondering why Tesla is releasing this now.

The biggest reason Tesla is releasing this, along with the Cyberwhistle, is because Tesla is likely getting ready to announce Cybertruck production much sooner than expected.

Tesla should release the Cybertruck sooner than late 2022. The reason is Rivian is starting to deliver its trucks, and Ford is selling the electric Ford F-150. Tesla does not want to stay out of the electric truck game too long as others begin to enter the market and sell their vehicles.

How Many Will Tesla Sell?

Tesla will continue to sell as many Cyberquads for kids as the supplier, Radio Flyer, can make. It's all up to them to deliver the product. If they can make hundreds of thousands of Cyberquads for kids, then that is how many Tesla will sell. We won't really know the numbers until the next Tesla earnings call, but I'm hopeful they will give the numbers for sales of the Cyberquad for kids as well as the adult Cyberquad.

Note, there is no Tesla store page yet for the adult version of the Cyberquad, but I wouldn't be surprised if we see this released soon. We'll be watching very closely for this. There was a hint in Tesla's video that the adult version may be ready as we saw an adult version being ridden along with a few ridden by kids.

Could Tesla sell one million Tesla Cyberquad for kids? There's around 73 million kids in the United States, and let's call half of the 8 and over. That would mean Tesla would need to penetrate 3% of the market to reach 1 million in sales. I think that's very doable and if Radio Flyer can keep up and I'd expect the Tesla Cyberquad for kids to sell in large numbers - eventually 1 million or more.

I even think we'll see resale value for the Tesla Cyberquad for kids. We're seeing EBay sellers selling this for $4,000 or more and it will be interesting to see if people buy them. The same thing will happen for the adult Cyberquad. Why? Because the same thing is happening for all Tesla vehicles. Tesla vehicles are an appreciating asset.

Tesla is releasing a torrent of new products right now and we will see if this continues. What do you think of the Tesla Cyberquad for kids? Will it sell millions of units? Why do you think Tesla released it?