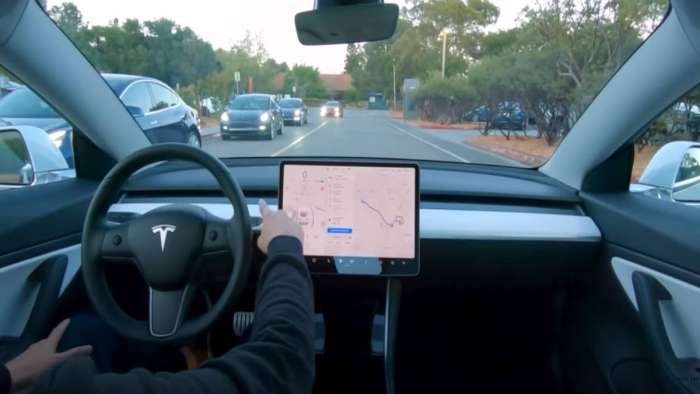 According to The Electric Viking, Tesla FSD is quite a ways away from level 5 autonomy - however, Tesla doesn't need to get to level 5 any time soon. It just needs to get to level 3 and level 4 within the next few years. Let's look into this more!
Advertisement

According to The Electric Viking, there has been a huge change to Tesla's FSD software. Many don't seem to be aware of this. All Tesla's are equipped with AEB - automatic emergency braking. This was reported in Tesla's 2021 impact report. Since Tesla switched to vision only instead of radar, this feature has improve massively.

This switch has increased pedestrian AEB performance by 45%. There was a video a week ago of a Tesla Model 3 using FSD, which saved the life of a driver. The Tesla anticipated this and braked much faster and harder than a human driver. You can see in this video from the Electric Viking the incident.

Some people say that Tesla's FSD will never reach level 5 autonomy. FSD has changed a lot from the past to now. There was an article from Clean Technica that has a Tesla Model 3 with 66,000 miles on it since October of 2019. It has had one repair, a squeaky joint covered under warranty. He's replaced the tires twice with a total maintenance just over $1,000.

Arthur Frederick, the author of the article has been using Tesla FSD obsessively for 150 days. He's driven from the east coast of the U.S. to the west cost of the U.S. This should give a good idea of how good Tesla FSD is today.

There have been 3 software updates for FSD that Arthur has been using. He says it still blows his mind that Tesla FSD will drive you from start to destination without intervention many times. He feels very privileged to be one of the 100,000 drivers to test a Tesla autonomously in most situations.

The latest version, 10.11.2 will choose the correct lane most of the time. However, the cases where you get put in the wrong lane or going into a bike lane are errors in map data. A human driver has no problem reading the lanes on the road. Also FSD will sometimes fail to get in the turn lane to make a left hand turn. Human drivers almost never miss a turn.

In order to reach level 5, Tesla's FSD software will need to make the correct decision almost all of the time. The Electric Viking also sees human error where he lives with humans missing turns and having to turn around and try again.

Also, unprotected turns in heavy traffic are difficult for it. Protected turns are done well, but when the car needs to enter the flow of traffic, it can sometimes struggle. In order to reach level 5, FSD will need to be able to make unprotected turns with high accuracy.

In his neighborhood in Utah, the car doesn't handle speed bumps or dips very well and if you don't watch the road, FSD can damage your car. To reach level 5, Tesla FSD will need to handle speed bumps and dips accurately all the time. There is also the issue of phantom braking that still happens sometimes. The software will need to identify legitimate dangers.

Level 3 autonomy may be better than 95% of humans on the road. This system requires a driver to be prepared to take over at any time. But the autonomy is reliable enough that the driver doesn't need to watch the road or keep their hands on the steering wheel.

When do you think Tesla will reach level 5 autonomy for FSD? Will it be before 2025 or after?