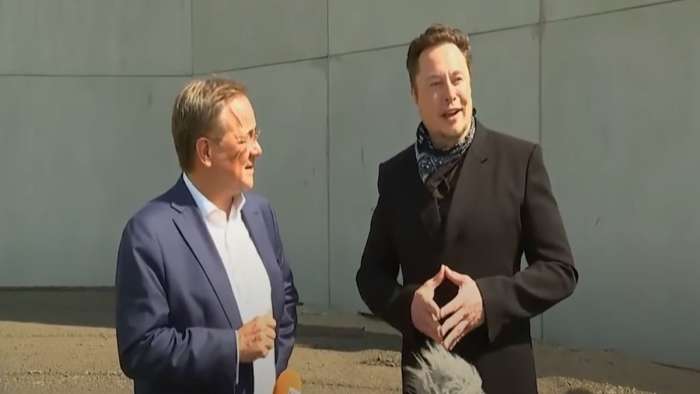 We have heard from Elon Musk as he was in Germany recently saying that he hopes the first deliveries in Giga Berlin can begin in October, 2021.
Advertisement

Elon Musk visited Germany at Giga Berlin and was met with Armin Laschet, a candidate to be Germany's chancellor. Here's what they both had to say as they talked in front of the press:

Thank you Elon for the very impressive visit here in this Giga factory. This is the future of energy, the future of sustainability, and we thank you for this investment in Germany.

It's a pleasure to be here. We're looking forward to making the most advanced electric cars in the world as well as battery packs for home and utilities as well as accelerating the green revolution.

The factory is under construction, but once it is done, it is going to be beautiful, it's going to be something that you say, "Wow", I want to work there. And I'd like to thank the government for the support in getting the approvals and making progress as you can see. We're looking forward to having the approval to make our first cars in October if we are fortunate.

Elon Musk was asked by Armin if hydrogen or electric was the future of cars and Elon said electric, hydrogen is a waste of time.

Elon Musk was then asked by a reporter about energy and that a campaign of Mr. Lush seemed to lack energy at the moment.

Elon said: we're adding some energy right now and this plant's all about energy - green energy that's sustainable with electric cars and batteries to store with solar and wind power. Hopefully this factory here at Giga Berlin can serve as inspiration for excitement about the future.

Giga Berlin will come online between October - December of 2021 is my prediction. When it comes online and starts producing and delivering vehicles, it's going to be huge for Tesla. The reason is this:

This will save Tesla time and money in exporting vehicles from Giga Shanghai on boats that take time and will mean Tesla doesn't have to export as much at the beginning of each quarter in order to have those exports actually get delivered for the quarter and to be reported on its earnings.

What do you think about Elon Musk visiting Giga Berlin? Will the plant be up and operational by October of 2021?