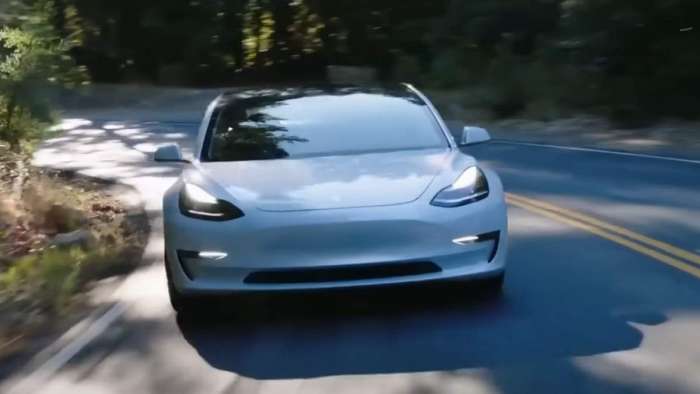 The 2023 Tesla Model Y will come with some new features and some features removed. What will these be?
Advertisement

The Tesla Model Y is one of the best and top selling vehicles in the world. It's a spacious vehicle that offers a lot of feature and functionality. It's made with new die casting machines, upgraded batteries, and a new structural battery pack. Going into 2023, what will be new?

With less range than the existing dual-motor Model Y, with a slightly reduced price tag, what was going on? Some people received those cars and they are apparently really nice. Tesla decided to produce the Model Y in the same way as Fremont, with the added benefit of a state of the art production line.

Tesla is still receiving the 4680 battery packs from Giga Texas, but is stock piling them and not putting them into vehicles at the moment. Giga Texas's goal is to reduce Model Y wait time, along with Model 3 long range vehicles. That is the difference Giga Texas is making for the Model Y. You can get a Model Y performance within a month, creating a shortening wait time that hasn't been seen in a while. Reduced Model Y wait times is good.

One of the features of 2023 will be Tesla's FSD software, which should make it to wide release and be available to safety scores of at least 80 and higher. This will cost $15,000 in the U.S. though, and costs are higher in Canada with FSD at $19,500.

A powered frunk could be one of the new features. Normally the frunk requires manual lifting after it unlocks. But Tesla's latest software updates are showing that a powered operating frunk is on the way. Other EV makes already have this.

Also coming soon will be Steam integration for in-car gaming. All gamers will be excited for this and it will be a good thing, especially when FSD reaches a wide release and robotaxis start to hit the market.

Stalkless steering wheels will also likely be coming and converted to touch control buttons on the steering wheel, similar to the Model S and Model X vehicles. It will probably be a round steering wheel still. You will need to learn to use touch buttons and the center touch screen instead of stalks.

A standard range rear wheel drive Model Y is a variation that is made at Giga Shanghai. It uses LFP batteries which contain much more iron. This is cheaper to produce and the batteries may have less density, but they also have a much longer life span and can charge to 100% without nearly as much degradation. These are much cheaper than the longer range models.

These new features will be coming and we will see many more Model Y vehicles than ever before. Do you think all of these features will make it to the 2023 Model Y?

For more information, see this video by The Tesla Space:

Tesla Contemplates A New Strategy for China Retail even As Sales Boom
Jay Leno on Elon Musk & EVs: “I Think He Should Get ... Credit"
END_OF_DOCUMENT_TOKEN_TO_BE_REPLACED