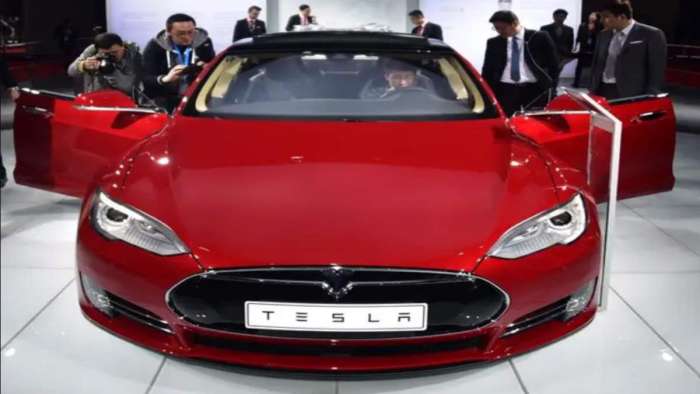 10 Strong Tesla Catalysts for the Remainder of 2022

There are 10 very important Tesla events that will happen in the next year that will help propel the company forward. Let's go over what they are.
Advertisement

10 Strong Tesla Catalysts for the Remainder of 2022

Tesla has 10 strong catalysts that will propel the company forward and to new all time highs. There are also a couple things that are holding Tesla back. Let's talk about them now.

There are 10 strong Tesla catalysts that are coming in the next 6 to 12 months that will propel Tesla to new all-time highs. Here they are:

Tesla has already announced that it is going to split its stock in a 3 to 1 split. This will happen in August and will most likely be voted YES by all stock holders. This means if you own 100 shares of Tesla stock, that will become 300 shares. If the prices is $900 with 100 shares, it will become $300 with the 300 shares. There will be no change in value.

2: Tesla will have its debt upgraded in August

The fact that Tesla's debt is rated a Ba1 by Moody's and BB+ by the S&P is laughable. All other companies in the top 20 Have at least an A1 rating of their debt. Tesla is #5 in the top 20 companies and stands out as being behind and unfairly not being upgraded in its debt. This will add value to the company and cause more investors to come in.

3: There will be a new EV credit bill, likely to pass in September

We recently wrote about a new EV credit bill that has been brought back by President Biden. This bill will benefit Tesla as the Model 3 RWD and possibly the Model 3 Long range, as well as all versions of the Model Y will be included. This will increase the already high demand.

4: Tesla AI Day is in September

Tesla had its first AI day last year and they talked a lot about Dojo and showed off a new computer chip. There is excitement about this next AI day and seeing more about Tesla FSD and Tesla Bot. Expect to see some interesting reveals when this event happens. We'll have to see if investors are able to understand it...

5: The purchase of Twitter and its "overhang" will end in October

Eventually, the saga of Elon Musk buying Twitter will end. The "overhang" on Tesla is that Elon Musk may need to sell shares of Tesla in order to fund the purchase of Twitter. Regardless if Elon Musk is able to walk away, buy at a lower price, or buy at the current price, there is uncertainty here and it is affecting Tesla's stock price.

Because Tesla is so low in price, it makes sense for Tesla as a company to buy shares of its own stock. As those shares of stock go up in value, Tesla's overall value goes up. Where else will Tesla get a 5 to 10 times return over the next 10 years?

Elon Musk has said that Tesla will announce new Giga factories toward the end of 2022. This will add value to the stock as those Giga factories will be able to produce more vehicles. As the certainty of Tesla's vehicle production goes up, the value of the company will go up.

9: The Cybertruck will launch in the middle of 2023

Elon Musk has said the Cybertruck will launch in the middle of 2023. This will be Tesla's most profound product in its history. I have a Cybertruck on order and am looking forward to getting it and seeing its post apocalyptic features.

Elon Musk has added a robotaxi vehicle to the list of Tesla's products being worked on. When this vehicle becomes ready and is mass produced, it will add massive value to Tesla as the realization of the robotaxi fleet happens.

Are there any other Tesla catalysts that will propel the company forward?