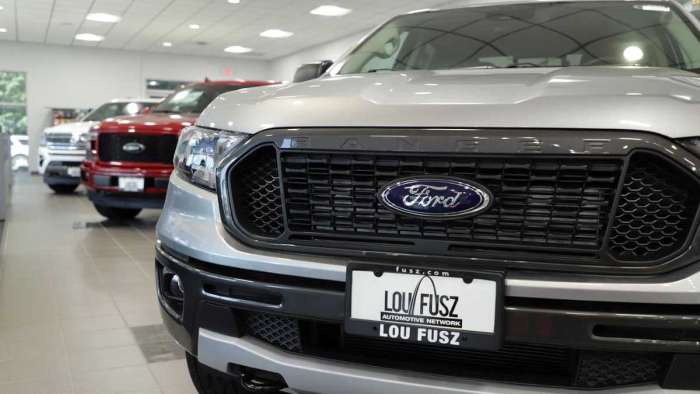 Here’s the latest by one mechanic on why you should not overreact right after finding out someone was under your truck with a power saw going after your vehicle’s catalytic converter. Plus, some bonus information on an inexpensive DIY measure you can use to prevent catalytic converter theft.
Advertisement

If there is one small bit of comfort in knowing that your vehicle is at risk of having its catalytic converter(s) stolen, it’s that some of the thieves out there are not exactly rocket surgeons when it comes to understanding what they are doing.

Related article: Catalytic Converter Criminal You Would Not Expect

Case in point: a recent Ford Tech Makuloco YouTube channel episode where the host’s customer came to him after a thief’s attempt at stealing his truck’s catalytic converters. As it turns out upon closer inspection, the not-exactly-a-rocket-surgeon automotive entrepreneur did cut something out of the exhaust system---but it was not the catalytic converter. Still…it is a headache for the owner.

In an earlier article we learned that catalytic converter thefts often go beyond the cost of replacing your catalytic converters. Thieves with no regard for a vehicle can and will go to whatever means necessary with a power tool to tear into the undercarriage of a vehicle. In fact, the same has been pointed out involving gasoline thieves who are also not the brightest criminal masterminds out there.

The Value of this Video

In today’s article we will learn why you should be familiar with your vehicle’s exhaust system components so as to know that if you do have a catalytic converter theft-proof shield installed, that it was installed in the correct spot. Plus, find out at the end of the video an inexpensive DIY measure you can use to thwart a catalytic converter theft attempt that will make a thief give up and move onto the next vehicle.

For additional articles related to catalytic converter thievery, here are two for your consideration:

• Catalytic Converter Theft and The Vehicles That Are Targeted Most Often

Tesla Contemplates A New Strategy for China Retail even As Sales Boom
Jay Leno on Elon Musk & EVs: “I Think He Should Get ... Credit"
END_OF_DOCUMENT_TOKEN_TO_BE_REPLACED