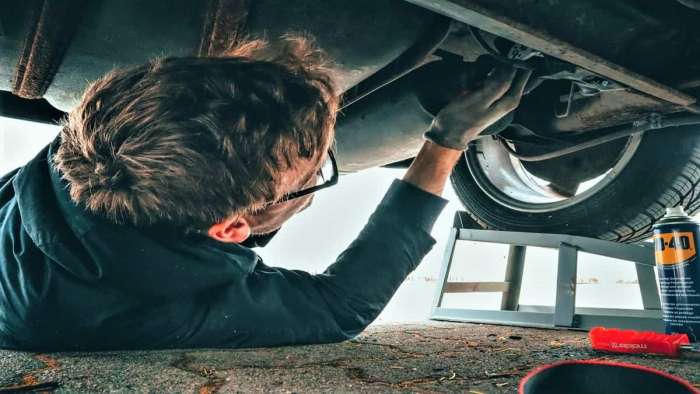 Catalytic Converter Criminal You Would Not Expect

Earlier we discussed vehicle thievery that runs the gamut anywhere from an losing an entire vehicle, to some “Midnight Auto Parts” shenanigans where vehicles are stripped of parts and/or gas is stolen from an unsuspecting car owner.

Related articles: “There's a Simple Way to Stop a Thief from Stealing Your Car Says This Mechanic” and “It’s This Easy to Pick the Lock on a Ford Explorer.”

In other words, criminals who count on a lack of evidence linking him or her to a crime and therefore uses some forethought to intentionally set up the conditions of a criminal act that guarantees they will not be caught and successfully prosecuted.

The origin of this topic is based on a recent video from a mechanic uncovering a suspicious disappearance of a car owner’s catalytic converters that reeks of an in-house job.

In a recent Rainman Ray’s Repairs, Ray takes us along during a vehicle inspection of a 2007 Dodge Dakota with a little over 181,000 miles on it that a customer brought in with a check engine light warning and a complaint of a misfiring engine and poor gas mileage.

Taking the vehicle for a test ride, Ray does not find a misfire, but does notice dark exhaust coming out of the tail pipes and the smell of oil burning. In addition, with a scan tool plugged in during the drive, the tool points to a sensor problem linked to the catalytic converter system.

So as not to give the punchline away too soon, here is 10 minutes of video as Rays inspects the vehicle and what he finds is wrong and how his customer reacts. Plus, a little extra toward end of the video of another car customer’s attempts at fixing a problem.

The Take on What May Have Happened

While there is no proof that the vehicle owner is culpable in some way involving the loss of his catalytic converters (and therefore has plausible deniability) something stinks and we are not talking about the heavy exhaust fumes.

For one, the car owner did not sound like he was overly upset over Ray’s findings of the missing catalytic converters, which means thousands of dollars of repair. Also, the owner says he will take it to “the guy” who had worked on his vehicle earlier. But more damning is that catalytic converter thieves do not usually weld the exhaust pipes back together after cutting out the system with a battery powered angle grinder or similar tool.

Yes, there are other possible scenarios that could explain what had happened, but a car owner trying to scam an insurance claim of missing catalytic converters and needs mechanic verification for the paperwork and/or had sold his own catalytic converters for some quick cash are high on the probability list.

The value of this video is that it serves as a “buyer beware” warning to used car shoppers who might unwittingly buy a used vehicle of which it is missing its catalytic converters. It is not so crazy to imagine there are car owners in states where yearly vehicle emission testing is not required, who would resort to selling their own catalytic converters shortly before putting their used vehicle up for sale.

In fact, even in states where emissions testing is required, there is nothing to prevent a car owner from stripping out his converters, welding the pipes together and then putting the vehicle up for sale shortly after, showing that it had recently passed emissions testing. (By the way, in case it is not clear---yes, it is illegal for car owners to mess with their catalytic converter system regardless of their reason for the alteration.)

Hence, the importance of having a pre-purchasing inspection of any and all used vehicles up for sale should be the top concern of a used car shopper before closing the deal---especially when we are talking about a simple (but expensive) catalytic converter scam.

For additional articles about protecting yourself from a used car scam, be sure to take at look at these selected articles:

The Most Important Used Car Scam Everyone Should Be Aware About

COMING UP NEXT: Don’t Get Scammed by a Great Looking Biodegradable Mercedes Like This Guy Did