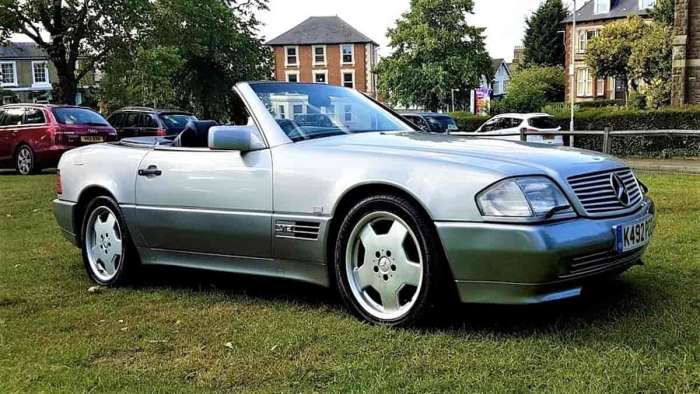 When it comes to buying a used car, looks can be deceiving. Here’s how one guy got scammed by a great looking Mercedes when he took the vehicle at face value and failed to understand why used upscale luxury cars are often a money pit problem…and why some models are much worse than others.
Advertisement

Looks Can Be Deceiving---Especially with Cars

One of the fallacies of buying a used car is placing too much emphasis on its exterior and interior appearance and its mileage, but not enough on having a pre-purchase inspection done. And this is especially true when it comes to used luxury vehicles.

That was the message in a recent Car Wizard YouTube channel video where the Car Wizard revealed why a $7,000 purchase of a 1994 Mercedes SL600 with only 96,500 miles on the odometer was a poor buying decision by one customer who relied on the car’s appearance as an indication that the car was well cared for and thus must be a good deal.

However, after the purchase the new owner got a sharp slap of reality when he realized some work needed to be done and discovered it would take significantly more money to fix his car than it would be to buy a newer similar model with less years on it and fewer problems.

Here is a good lesson to be learned on why not only you should have a pre-purchase inspection done, but also take a little time online searching for known problems with luxury models like many of the Mercedes Benz models from 1992-1996 that share an unusual problem that did not make a recall list…but probably should have.

Another customer scammed! CAR WIZARD shows why this '94 Mercedes SL600 is needing 15K to get sorted!

While the Car Wizard has his opinion about Mercedes from the 90’s decade, not everyone will agree that not buying one is an absolute. Here’s an informative video that explains the biodegradable harness issue with Mercedes vehicles and what you need to know about:

• What models are affected
• How to quickly inspect the harness
• How to get the part number
• The ease of installation
• How to beat the high cost of a new harness replacement.

For additional articles about buying a used luxury car, here is an informative article about “Used Luxury Cars Shoppers Don’t Look For…But Should!”

COMING UP NEXT: Garage Humor the Clueless Edition