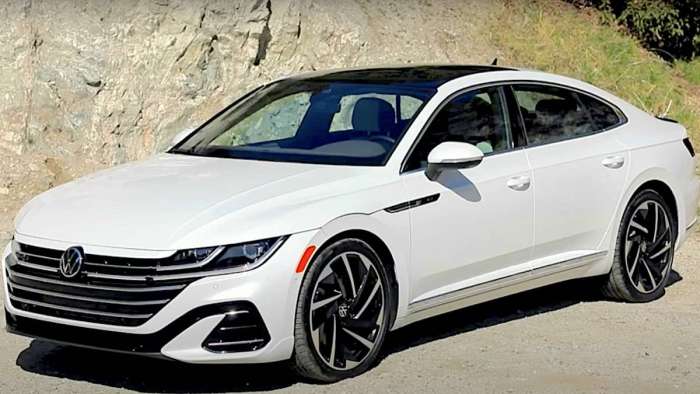 Here’s the latest for car buyers looking to buy a small sedan or hatchback with this recommendation to avoid two losers; and instead, choose these recommended better choice compacts or their under-the-radar alternatives you may not be aware about.
Advertisement

In Praise of the Little Car

It’s a fact that not everyone needs or even wants a large SUV or full-size sedan even though both receive a significant amount of attention in reviews and discounted car sale deals advertised by the local dealerships.

So today, it’s the little guy’s turn for those car consumers and enthusiasts who are more concerned about finding a car that is known for its fuel economy; comfort with interior flexibility; and, a small, parking-friendly footprint, over makes and models that are literally honking big.

However, just as some relatively popular models should be avoided per reliability problems, there are a few little brothers and sisters that are problematical as well.

That said, here is a summary of the latest review from Consumer Reports’ automotive analysts who have recently revealed some popular compact cars that turned out to be losers after test driving and offer some better choices and under-the-radar alternatives to help you find a great car for your money.

While the Jetta is a winner with its clean styling, comfortable interior, good acceleration and handling, and fuel efficiency that makes it competitive among similar compact cars, it fails when it comes to reliability issues that give it a 1 out of 5 rating. In fact, the NHTSA invoked 3 recalls on this model involving its air bags, the seats, and a black or frozen rear view image that reduces the driver's visibility when shifted into reverse.

A Better Choice to Buy:

With a predicted reliability of 5 out of 5 and predicted customer satisfaction of 4 out of 5---and in spite of its rather cramped rear seating and slow acceleration feel---the Toyota Corolla qualifies as a better choice for a good dependable compact car that offers even better fuel economy than the Jetta.

If you are not a fan of Corollas, then the Sentra is a good alternative that flies under many customers’ radars. According to Consumer Reports its pros and cons include:

While a nice looking car with more zip than the models above, its fuel economy is relatively abysmal at only 23 mpg. Multiple interior factors also give this model a low rating; and more importantly, its predicted reliability rating based on Consumer Reports data analysis warns consumers that it measures only a 2 out of 5 rating toward overall reliability.

A Better Choice to Buy:

Although a bit pricier, the Audi A4 has it all as a, “ Well-rounded sports sedan that does almost everything right, responsive handling, quiet interior, comprehensive and advanced infotainment system, standard all-wheel drives” writes Consumer Reports.

Although noted as an Under-the-Radar Alternative in compact cars, the Arteon has also been designated repeatedly by Consumer Reports as one of the most discounted luxury compact car finds. Despite a louder than usual engine upon acceleration, it is described as an agile handling with good braking performance, an impressive fit and finish with easy-to-use controls and comfortable seating. The hatchback body style adds versatility as well for when hauling larger boxes is a problem with non-hatchback compacts.

For more about current car news involving many makes and models, be sure to bookmark our site and stay updated on the latest information on the most discounted cars; the most fuel efficient cars; and, cars you should stay away from.

COMING UP NEXT: The Basics of Installing LED Lighting on Your Car.