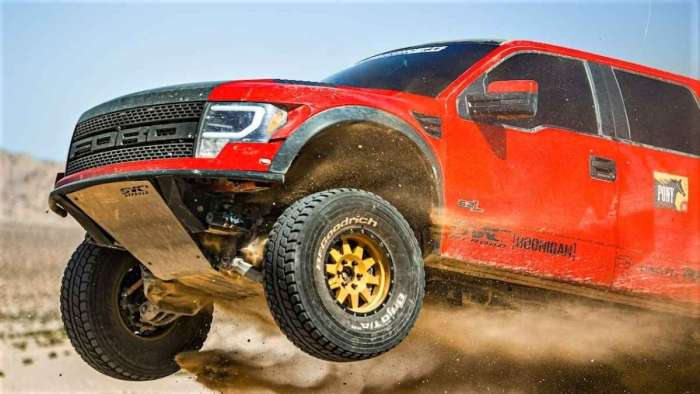 Most Common Source of Axle Noise on Ford Trucks

Here’s are two useful videos about the most common source of axle noise on Fords trucks that will demonstrate how to recognize a problem is beginning and what needs to be done before catastrophic damage happens.
Advertisement

What’s that Strange Whining Noise That's Not Your Mother-in-Law?

One of the earliest signs and symptoms of something is not right with your rear differential is a telltale strange noise coming from the back of your car or truck that is typically described as a whirring, whining or even a howling noise that changes as your vehicle speeds up and slows down.

The source of this noise it often due to a worn bearing in the differential and/or a worn ring and pinion gear assembly. The importance of recognizing the noise and doing something about it rather than let it continue until it gets worse cannot be overstated. Not only will continued wear lead to catastrophic failure that will be expensive to repair, but it could also result in a serious accident while driving on a highway.

In a recent FordTechMakuloco YouTube video, the host demonstrates a common problem with Ford trucks involving axle noise that is found to be due to a worn bearing in the differential. In the video he demonstrates the problem with a 2005 F-150 with just 116,000 miles on the odometer.

But before going to the video, here is one recommended to watch just before his video where a mechanic from the #1AAuto YouTube channel explains how you can not only identify by sound where the problem lies and what it likely is, but also demonstrates a simple differential gear test you can do yourself with gear marking compound that can tell you whether the gears are meshing correctly or not.

Make a special note that when it comes to identifying the exact location of the problem by sound, the mechanic refers to this recommended tool that can help you pinpoint the noise source while driving down the road rather than trying to rely on your ears to tell you where the noise is coming from.

The other benefit of this pre-video video is that it goes into a different but related differential noise source problem not covered in the FordTechMakuloco YouTube video.

Rear End Noise? Diagnose and Fix a Differential in Your Car, Truck, or SUV

When the Noise is Due to a Worn Bearing

The value of this video is that it will help you identify which bearings are problematical and what is going on with your noisy differential as you speed up and slow down causing the characteristic noise.

The Most Common Source of Axle Noise on Ford Trucks

For additional articles from recommended FordTechMakuloco YouTube channel, here are some well worth watching and learning from:

• Scam Alert: What Dealerships Don’t Want You to Know About Used Car Inspections

COMING UP NEXT: Mechanic Responds to Harbor Freight Tool Shaming

Tesla Contemplates A New Strategy for China Retail even As Sales Boom
Jay Leno on Elon Musk & EVs: “I Think He Should Get ... Credit"
END_OF_DOCUMENT_TOKEN_TO_BE_REPLACED